Right: Obituary for Frank Shields from the December 15, 1938 edition of the Blue Island Sun Standard 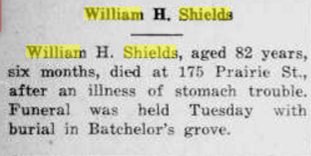 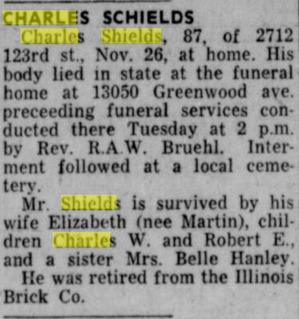 Left: Obituary for Anna Shields from the March 27, 1952 edition of the Blue Island Sun Standard

Left: Obituary for Thomas Shields from the December 12, 1946 edition of the Blue Island Sun Standard 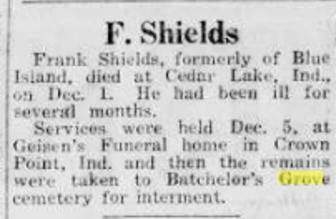 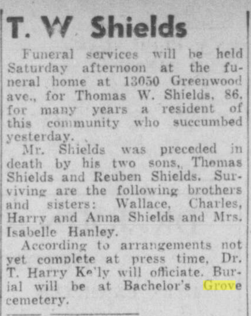 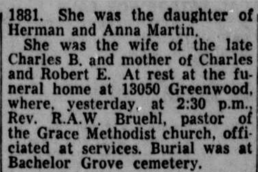 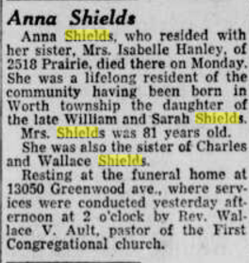 Left: Obituary for Charles Shields from the December 1, 1955 edition of the Blue Island Sun Standard.

Below: Elizabeth Shields obituary from the

Robert Shields was the last burialon record in Bachelors Grove

Below: From Ferdinand Schappers Manuscript Southern Cook County before the Civil War.

The following biographical information is from

"He was a Negro fiddler. He, with his fiddle, and Joe Natteau, a Frenchman, with his accordion, played at dances that were given nearly every Thursday evening while the Rock Island  was being constructed through here. Later he worked for Francis V. Minard for years. He died and was buried at Bachelors Grove. 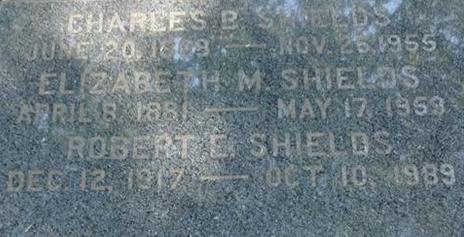 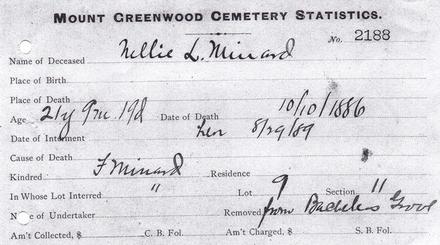 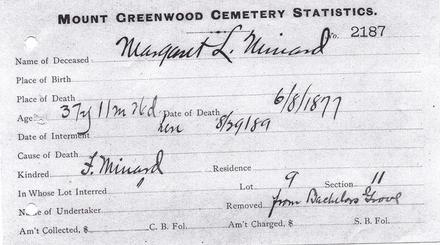 Margaret and Nellie Minard were originally buried in this lot before the Shields. Margaret is the daughter of Dexter Gilson, who was the first owner of lot #17 . Original plat map notations for the cemetery showed that owenership was transferred at some point to Sarah Shields.

Both the Minards were  reinterred at Mount Greenwood Cemetery in Chicago, on 29 August, 1889. 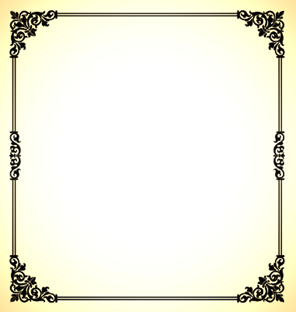 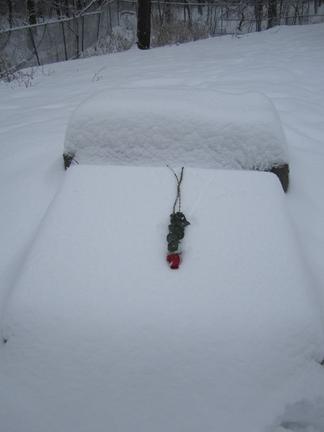 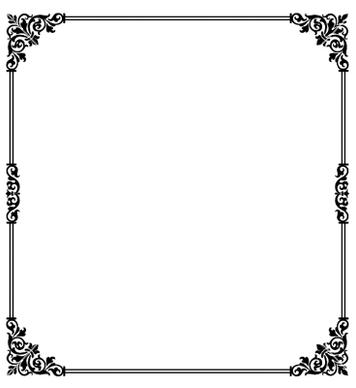 Son of Charles and Elizabeth

Son of William and Sarah 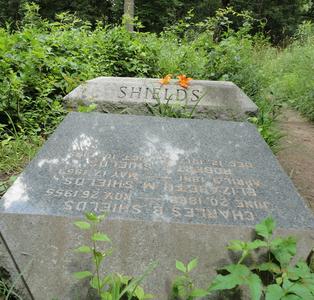 East side of the Stone:

Right: 1880 Census listing names and ages of William and Sarahs Children this year. The ages given match the Birth years on the stone.

The following three names and dates are etched on the west side of the Shields stone. All three are children of William and Sarah Shields but other than the dates given on the stone no other information is known about these individuals at this time. 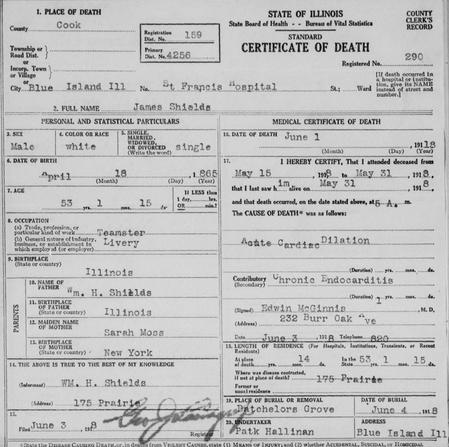 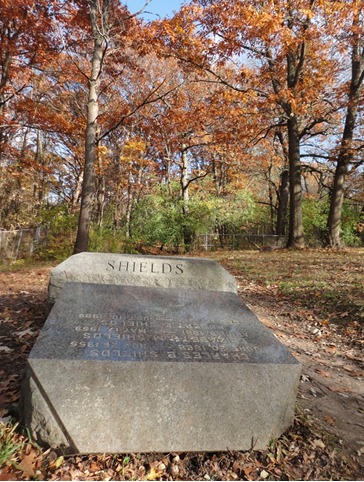 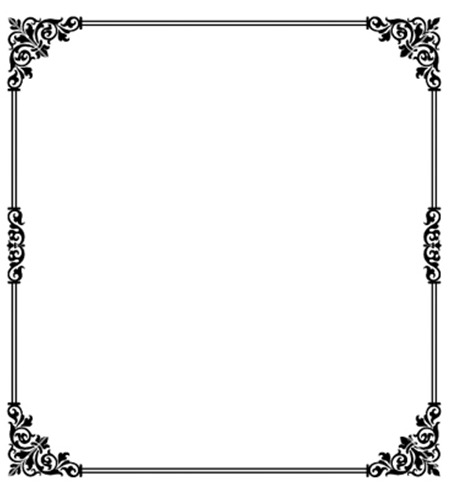 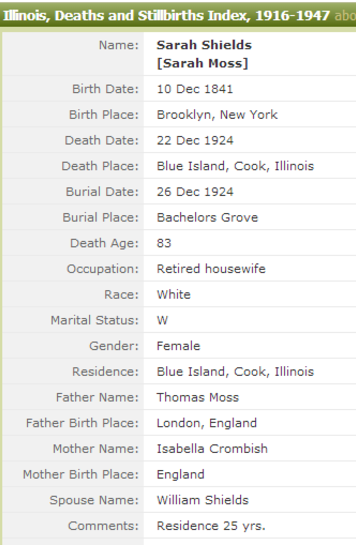 **  The marriage date given for William and Sarah in this obituary may be incorrect. The 1900 census pictured to the right gives the year as 1864 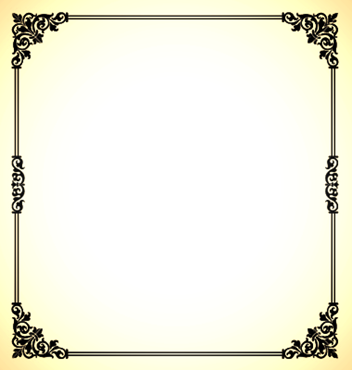 West side of the stone: 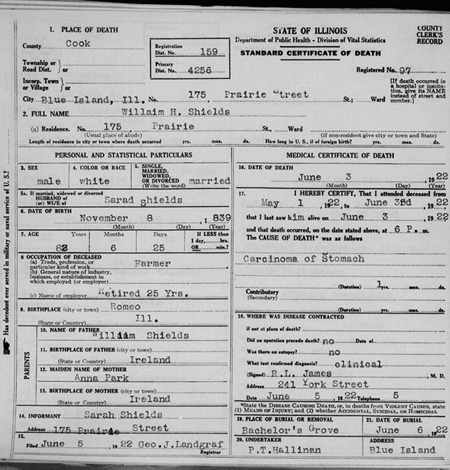