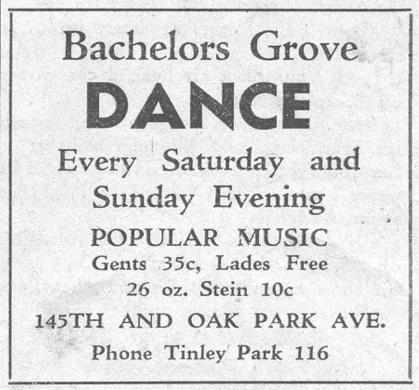 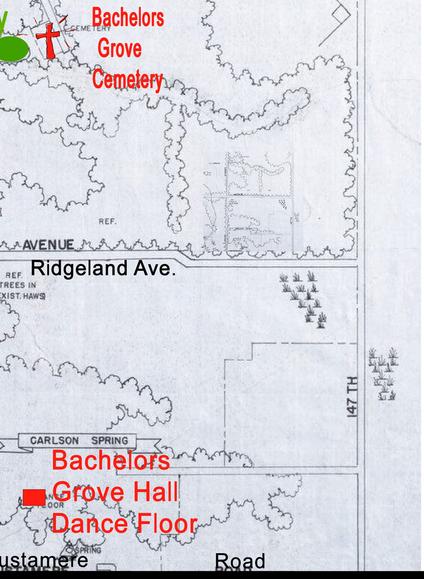 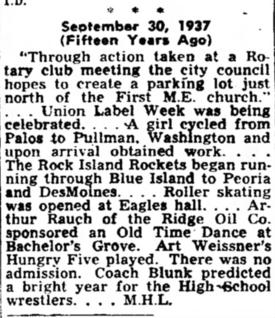 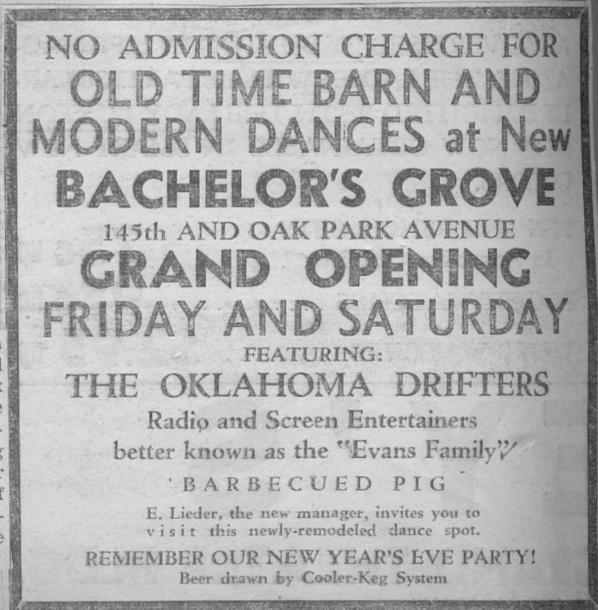 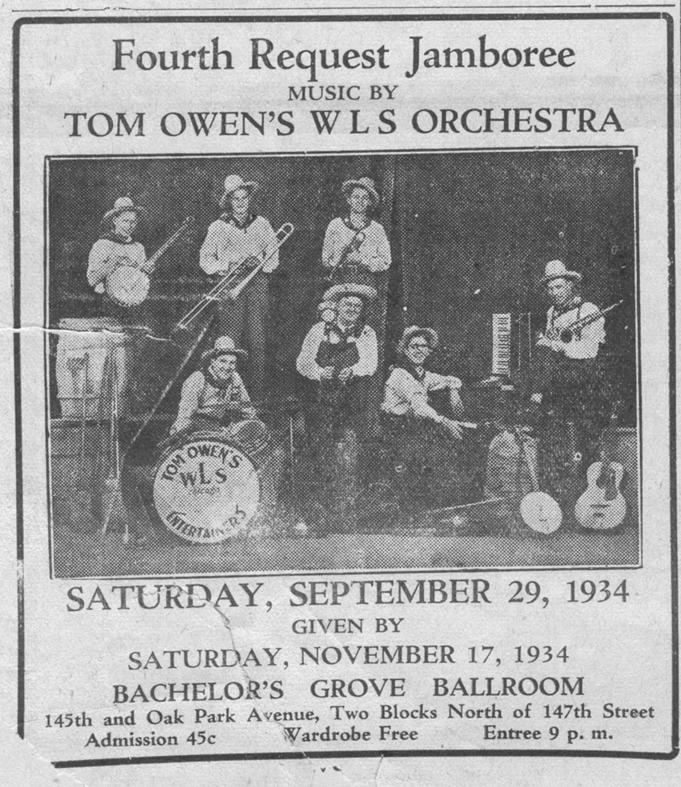 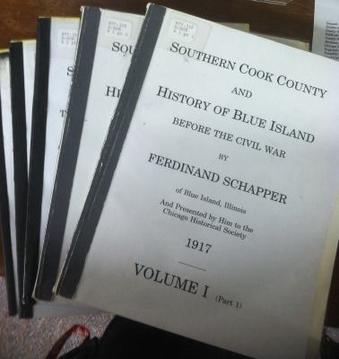 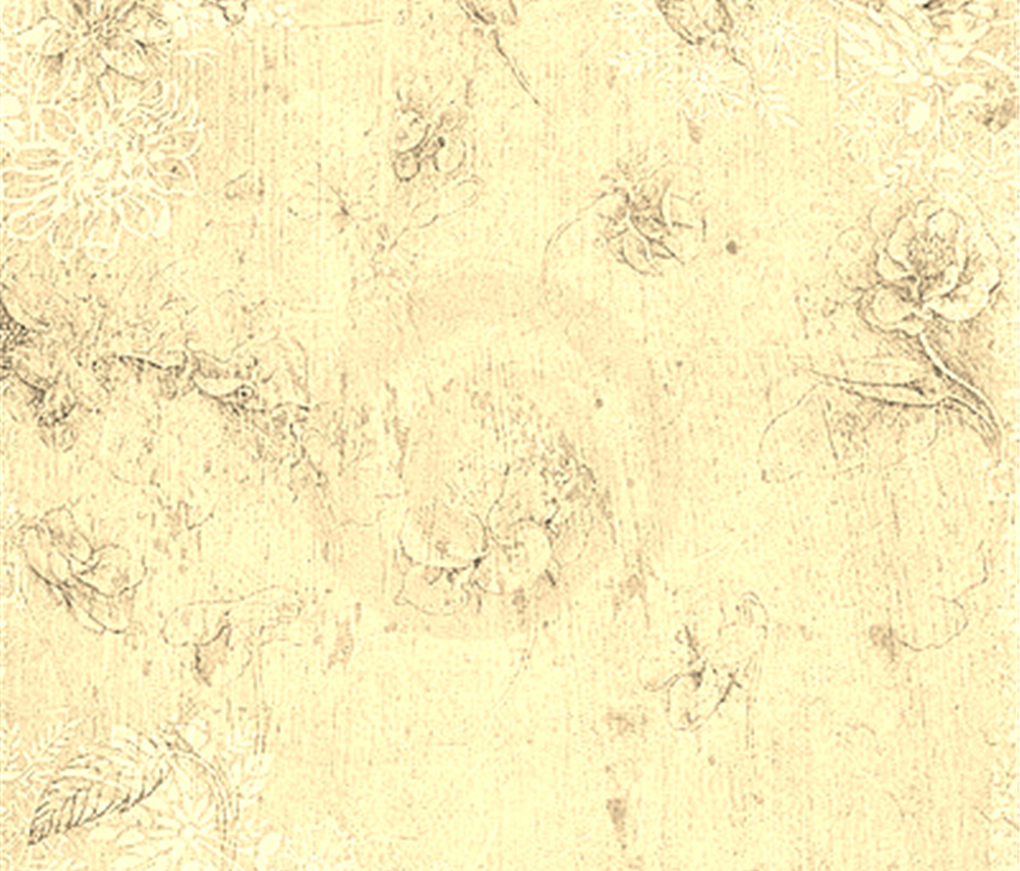 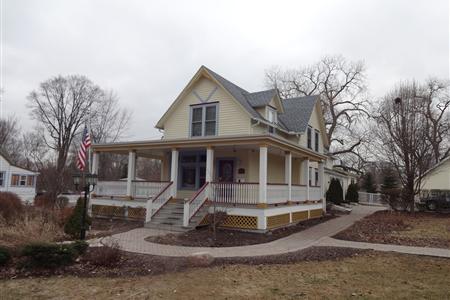 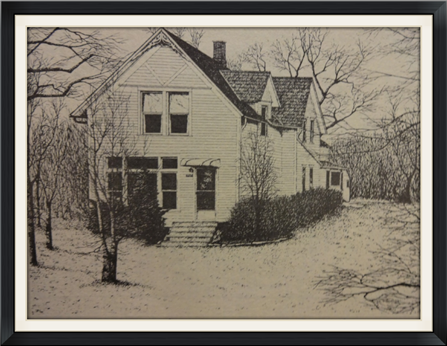 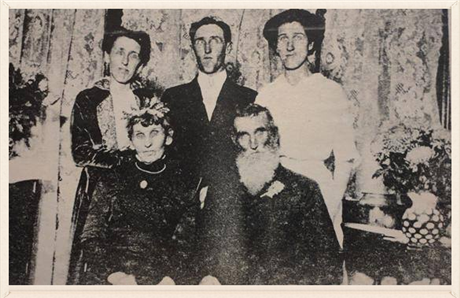 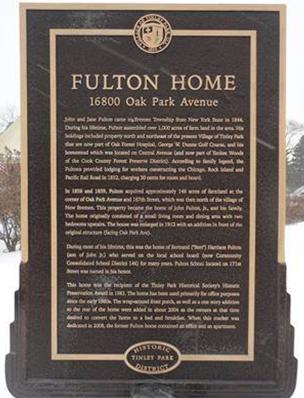 The original Fulton home at 16800 Oak Park Ave, Tinley Park was built in 1847 by John Fulton Sr. and consisted of three rooms. An addition to the front (facing Oak Park Ave.) of the home was built in 1912 and was a working farm until 1930.  Members of the Fulton family lived in the home until 1973. In 1977 it was again remodeled and turned into a real estate office. Over the years since then it has been used mainly as business offices and at one point even a women's consignment shop. In 2004 a couple wanting to turn it into a Bed and Breakfast built an addition on the backside of the home and the wide porch on the front. It is currently owned by Mack Industries and an adult care facility currently rents the space on the first floor. With all of the remodeling and additional work done over the years to keep the old building current to codes,  much of the old home remains intact. The original staircase, wood trim, sliding room dividing door and much more. We want to thank the staff at Mack Industries for their gracious hospitality in showing us around the Fulton home and allowing us to share it on our site with everyone. THANK YOU VERY MUCH !!

Make sure to view the slide show for a rare peek inside John and Hulda Fultons original home.

Below is a short quip from Ferdinand's 1917 manuscripts on how fires were handled prior to official "fire patrols" back in the day,mid 1800's in the Blue Island area.

"As there was no fire bell or whistle the usual manner of giving the alarm was by everybody yelling "FIRE FIRE" while running through the streets. Somebody would run to John Hupple's house,below the hill to wake him up. Hupple had a drum,which he wore around his neck(the drum and his nightshirt were very often the only thing he wore)and paraded up and down Western avenue with a rub-a-dub-dub wake everybody up.

When Hupple's drum was  heard at night everybody knew it meant "fire"and hustled into his clothing as quickly as possible".

Read the full article below.

And some now consider changing the smoke alarm battery a pain!!!

There have been many references, while researching Bachelors Grove to Ferdinand Shappers 1917 manuscript,Southern Cook County and  History of Blue Island Before the Civil War.We have recently ( Feb. 2014) had the opportunity to view the two volumes and have gathered lots of pertinent information on Bachelors Grove and the surrounding area..We will continuously add this information to this site ,so please do keep checking back.

In 1850 Ferdinand Shapper opened the first drug store in Blue Island that was connected to his general store. (above photo) In 1847 he sold the business to his namesake. The younger Shapper ran the store until 1898 when sold it. The store was known as "The Pioneer Drug Store".

In one excerpt Mr. Shapper notes the names of people that owned land that bordered their home as Mr. Fulton, S.Rexford, Herman Crandall and Benjamin Cool.

Ferdinand Shapper gives a thorough account of what Southern Cook County was like in the mid to late 1800's. 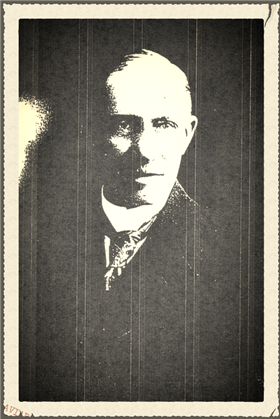 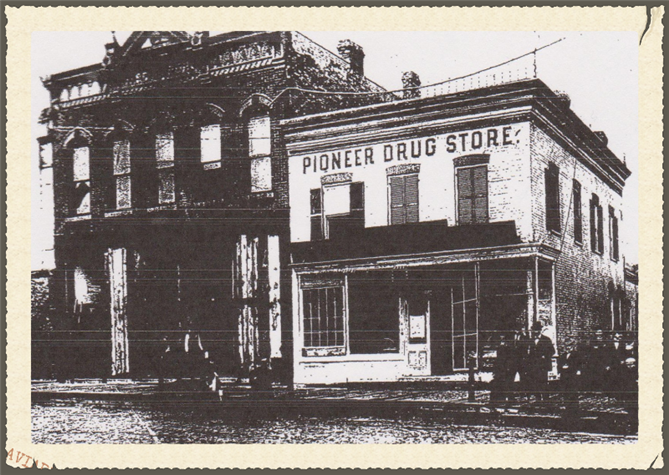 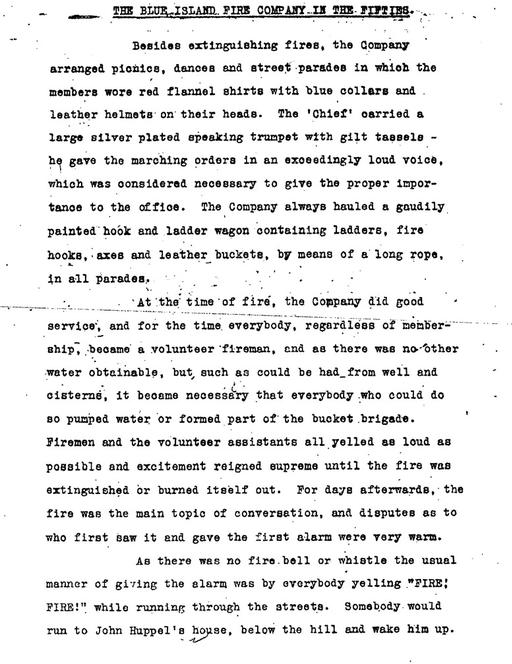 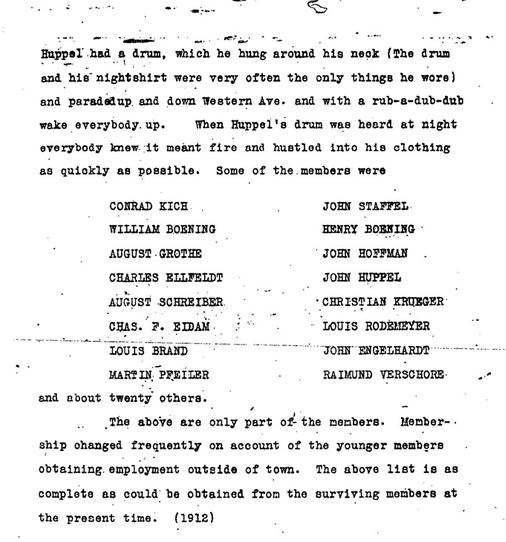 In 1967 three men who called themselves the Bachelors Grove group petitioned Bremen township  to take over care of Bachelors Grove Cemetery and make it a shrine. Howard and Clarence Fulton, and Richard Kropack.

When we first read the article to the right about a mushroom hunter, Richard Kropack, who found a young womans body next to the cemetery, the name sounded very familiar. A couple of weeks later while looking through the copy of Where the Trails Cross we noticed that Richard Kropack is listed in original plot map notations of Bachelors Grove on lot #67. We then found the above document stating that Mr. Kropack was also involved in trying to protect Bachelors Grove. 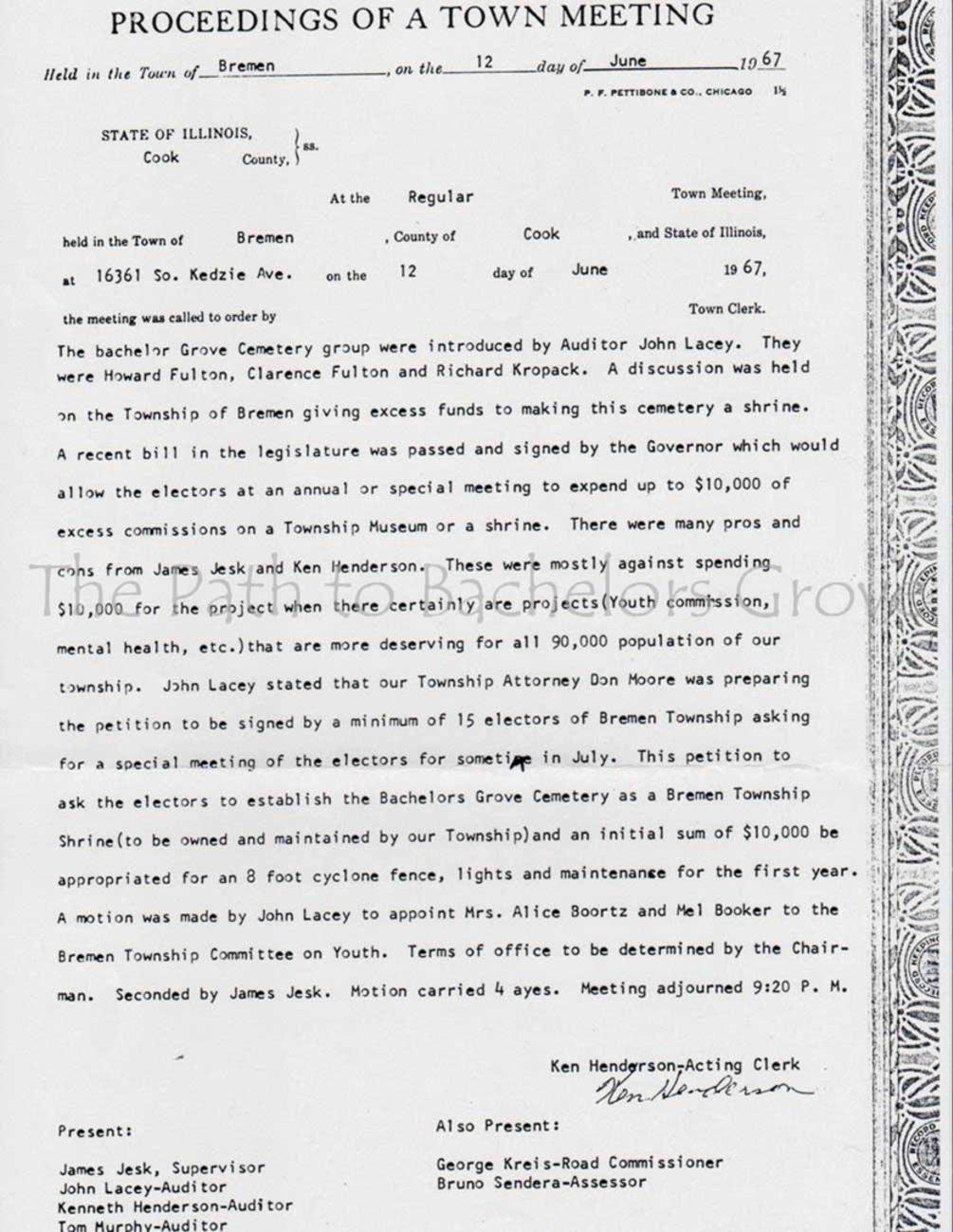 Documentation of one of the several attempts to have Bachelors Grove Cemetery recognized and taken care of. 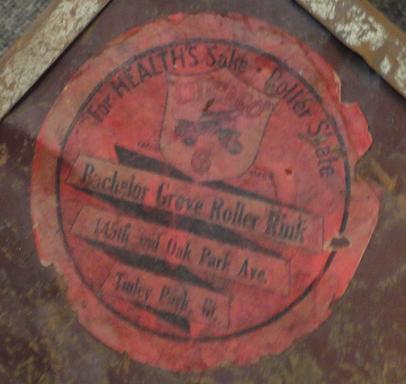 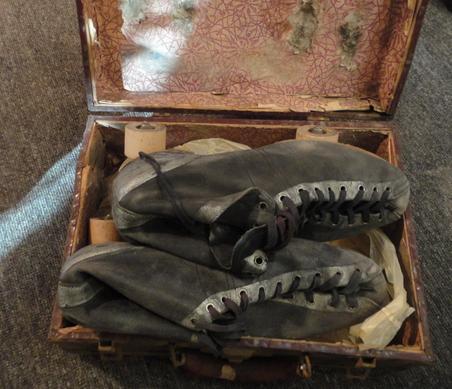 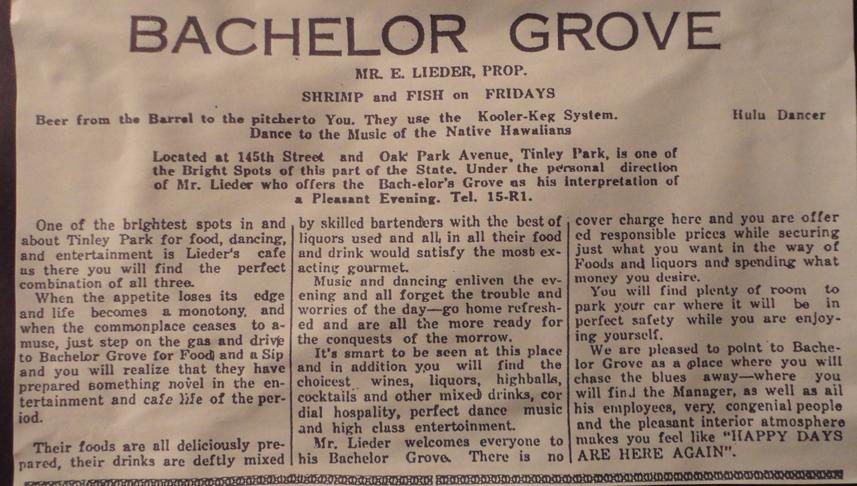 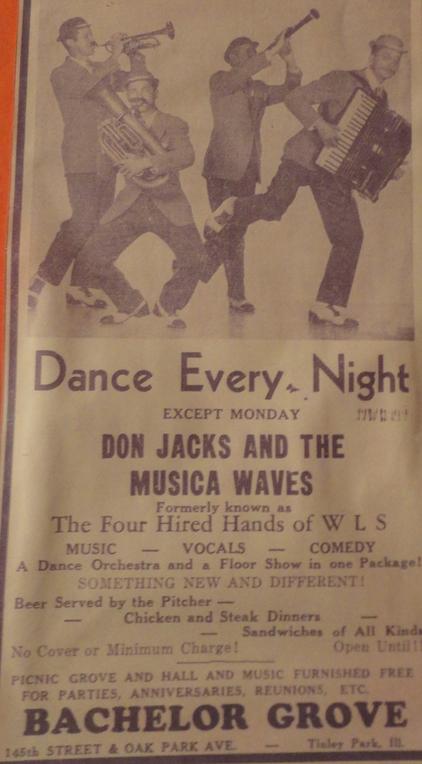 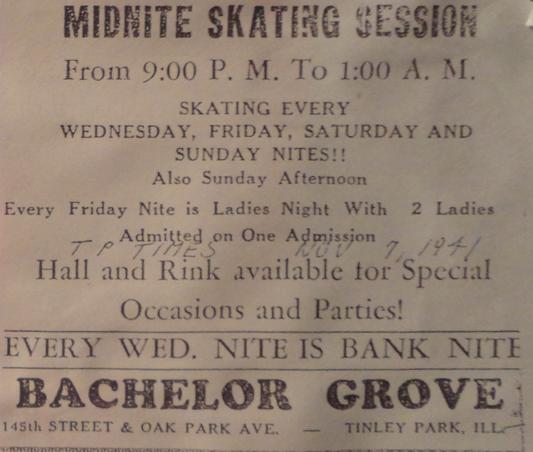 museum, a pair of roller skates from the 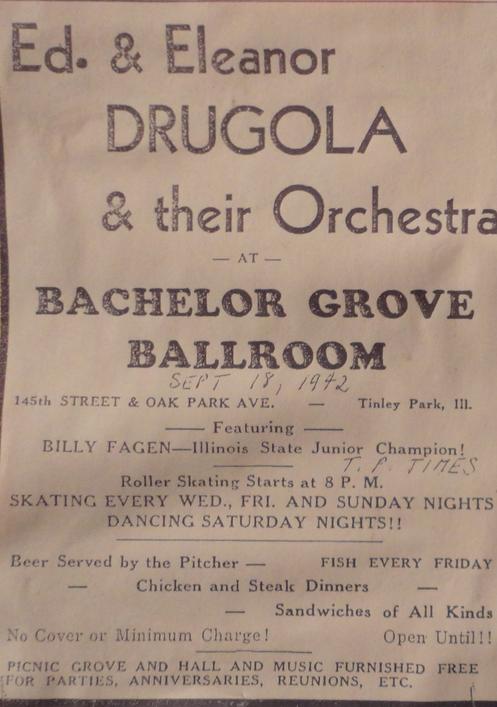 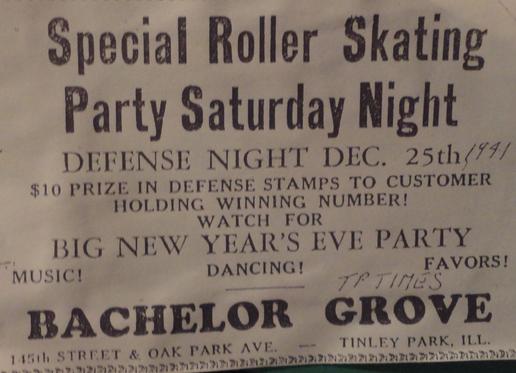