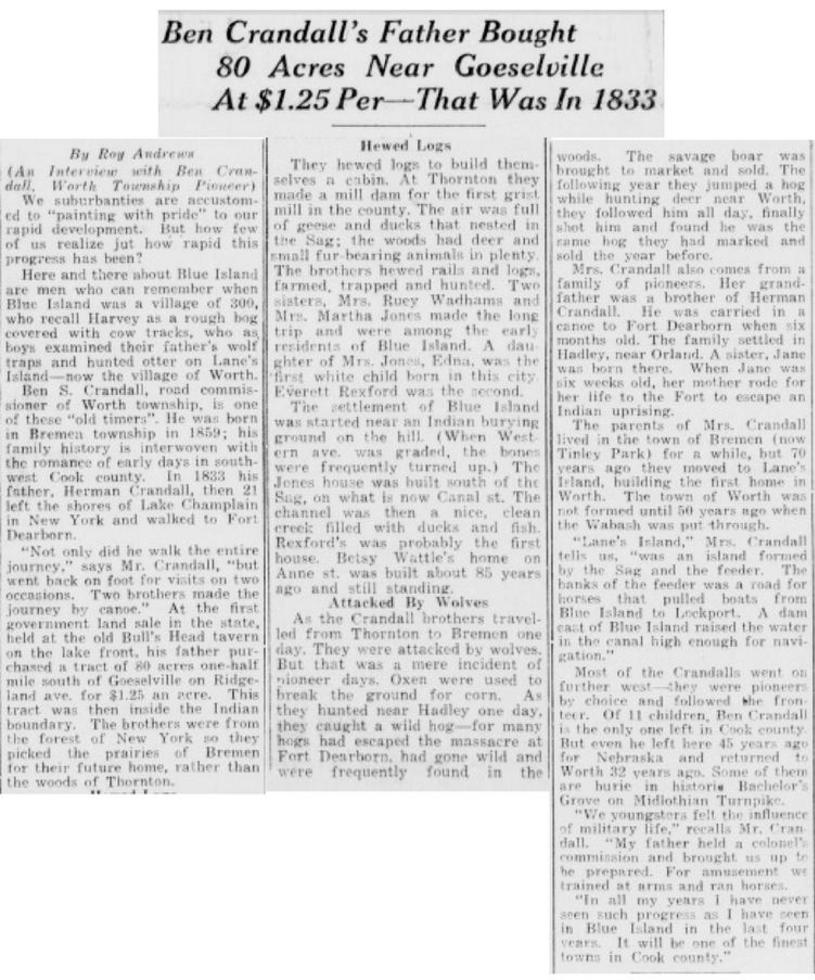 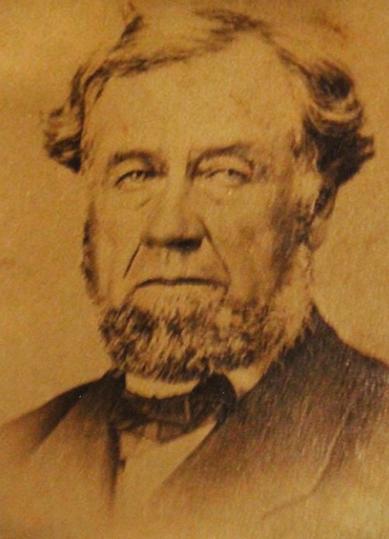 The excerpt below is from,Where the Trails Cross -Vol 26:1, Brad Bettenhause

"The first legal record of the cemetery (Bachelors Grove)  occurred when Edward M. Everdon sold his property in the area to Frederick Schmidt (photo right) in 1864, reserving and setting aside one acre of the land for use as a graveyard. According to 1935 newspaper articles, Frederick Schmidt supposedly added additional property to expand the cemetery in subsequent years however there is no hard evidence of an additions to the original acre."

​Frederick maintained the cemetery from the 1860's until his death in 1920. Mrs Schmidt eventually sold the property of approximately 160 acres to Cook County in 1925.

The 1864 deed and subsequent property transfers only indicate that the cemetery was one acre in size, neglecting to give the dimensions of the cemetery itself. A deed from 1909, where a portion of the Schmidt property was sold, provides some points of reference  to the cemetery's legal description.
Frederick Schmidt is said to be the owner of burial lot #24. We believe that his parents were buried in this lot as his family has stated.
Where the Trails Cross,Original Plat Map Notations, notes- Photocopy of cemetery plat at Cook County notes that lot was transferred from Everden (in small handwriting) to F.  Schmidt.)

In 1835 Stephens brother Norman made the jump from Philadelphia, PA to Bachelors Grove. Norman only stayed shortly before moving on to the plot of land he claimed and built his  house. The area he would eventually name Blue Island.

left: James Fulton, plowing on the Fulton Farm in 1915. He has his first grandson, Jim Fulton with him. This farm is now the site of the Forest Preserve National Gold Course. He built the barn in the mid 1800's. the woods in the background are now Yankee Woods part of the Cook County Forest Preserves. photo courtesy of Tinley Park Historical Society

The Crandall name is also among those of the earliest settlers. Heman Crandle was the first of the family to arrive. (Back row center photo)

His son Ben gives some history in the 1929 news article below . Heman walked from New York to Fort Dearborn in 1833 and bought 80 acres of land (see map below)  in Bremen, just a few miles south of where Bachelors Grove Cemetery is now.

Two brothers followed suit arriving shortly after Heman In the following years some sisters made the brave move west as well.

Below: 1862 Map of Bremen. The red star shows the general area  of Bachelors Grove Cemetery. The red arrow points Heman Crandalls 80 acres he purchased in Chicago in 1833. 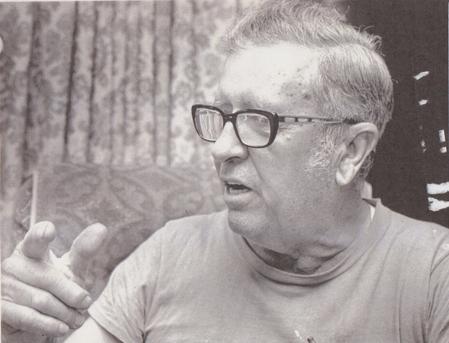 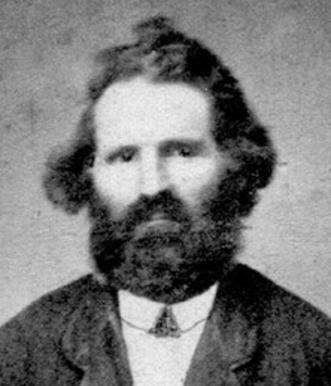 March 4, 1900  Chicago Sunday Times article giving a history of the names of Chicago Suburbs . The article included this piece about Norman Rexford and his pioneering efforts in some of Chicago;s Southern Suburbs.

John Fulton and his wife Jane Johnson Fulton left Ireland for American soil in 1839. In 1844 they traveled by covered wagon from New York. They bought an 80 acre farm in what is now known as Oak Forest. They are said to have had a total of 14 children.

Their eldest Son John Fulton Jr.  in his later years told of the pioneer days when the family resided in the wild. Local Indians would come in the mornings for milk from the Fulton Cows and return in the evening to bring them a hind quarter of venison. It is one of the few existing first hand accounts of the early settlers interaction with the idigenous people of the area.

​In the 1850's when Rock Island railroad construction began John and Jane opened their home for free to boarders, charging 10 cents a meal.  Family legend suggests that John Fulton also assisted a Mr. Clark in locating a site where it is believed that the first schoolhouse in the area was built.

At the time of his death in 1883 , John Fulton owned over a 1000 acres of prime farm land in Bremen Township. Some of this land now is occupied by local businesses and homes in Tinley Park. Many acres also became part of the Cook County Forest Preserve System.
At some point in time the Fulton's are said to have acquired partial ownership of Bachelors Grove Cemetery. This information comes from family legend. There is no known documentation to support the claim but  we do know that members of the Fulton family have been taking care of and advocating for the cemetery for many years.

In 1935 Joseph Fulton, nephew of John Fulton Sr. , walked through Bachelors Grove Cemetery with a reporter and gave a personal recollection of the people buried within. The account was published in the Blue Island Sun Standard and has been a foundation block of burial research at the Grove.

Clarence J. Fulton, Great-Grandson of original pioneer John Fulton Sr.   was the last independent trustee of Bachelors Grove.  Clarence along with his nephew He Clarence's experiences with trying to take care of the cemetery were well documented by  local news paper articles through the 70's and early 80's.

The Fulton name stayed prominent in local town positions through the years. Many of Johns descendants still reside in Tinley Park, Blue Island and Bremen Township.  Approximately fifteen members of the Fulton family are laid to rest at Bachelors Grove Cemetery. 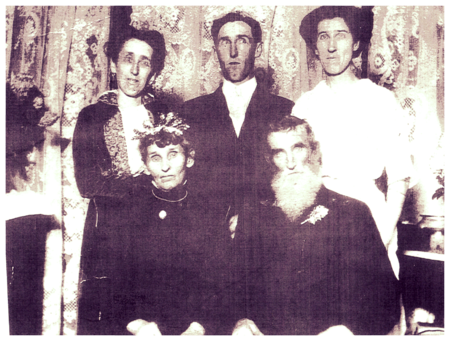 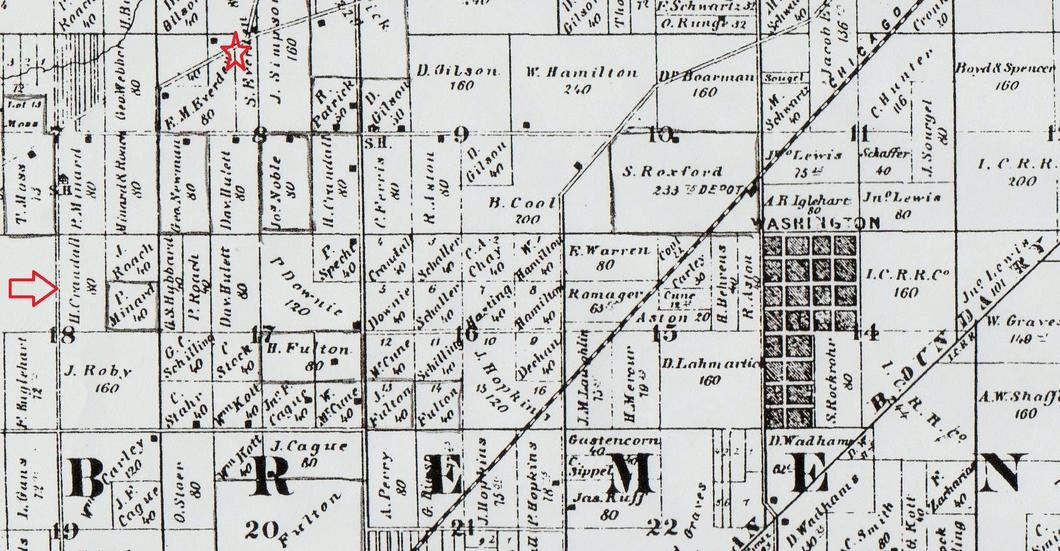 article about the passing of Stephen Rexford daughter. The article gives a first hand reference to Bachelors Grove Settlement 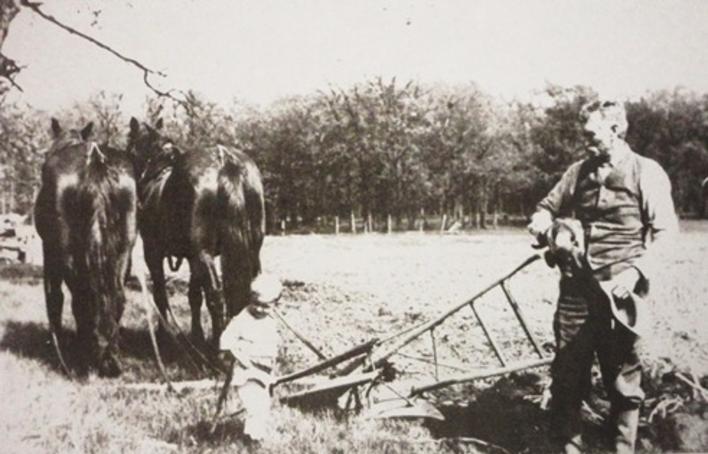 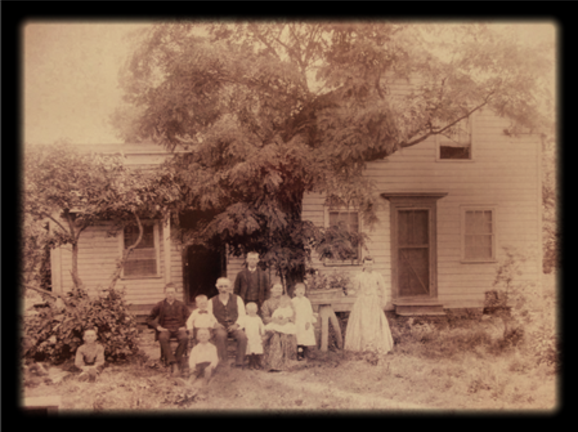 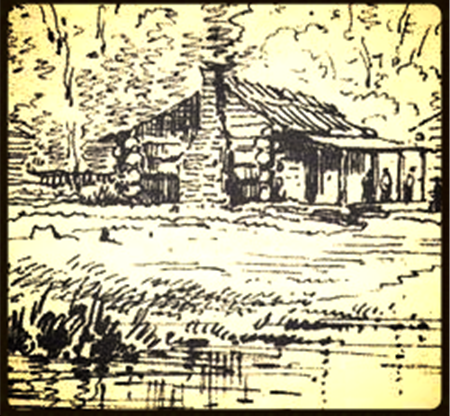 ​The Cook and Dupage county map above is  from 1851 by James A. Rees . "Bachelor's Grove" is clearly marked on the map. 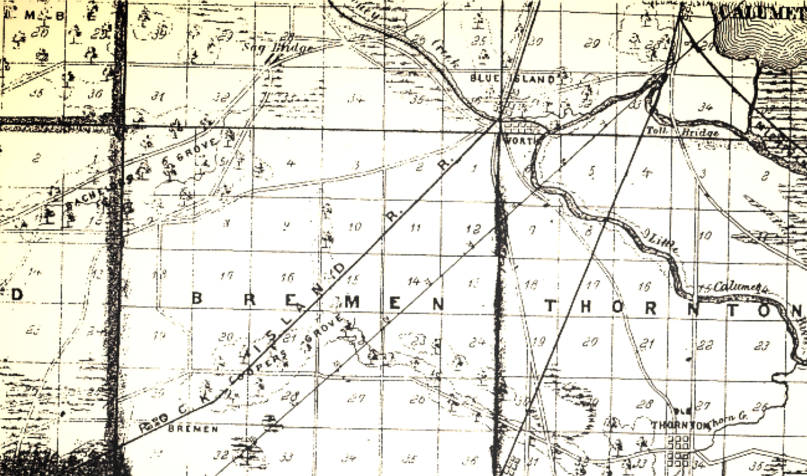 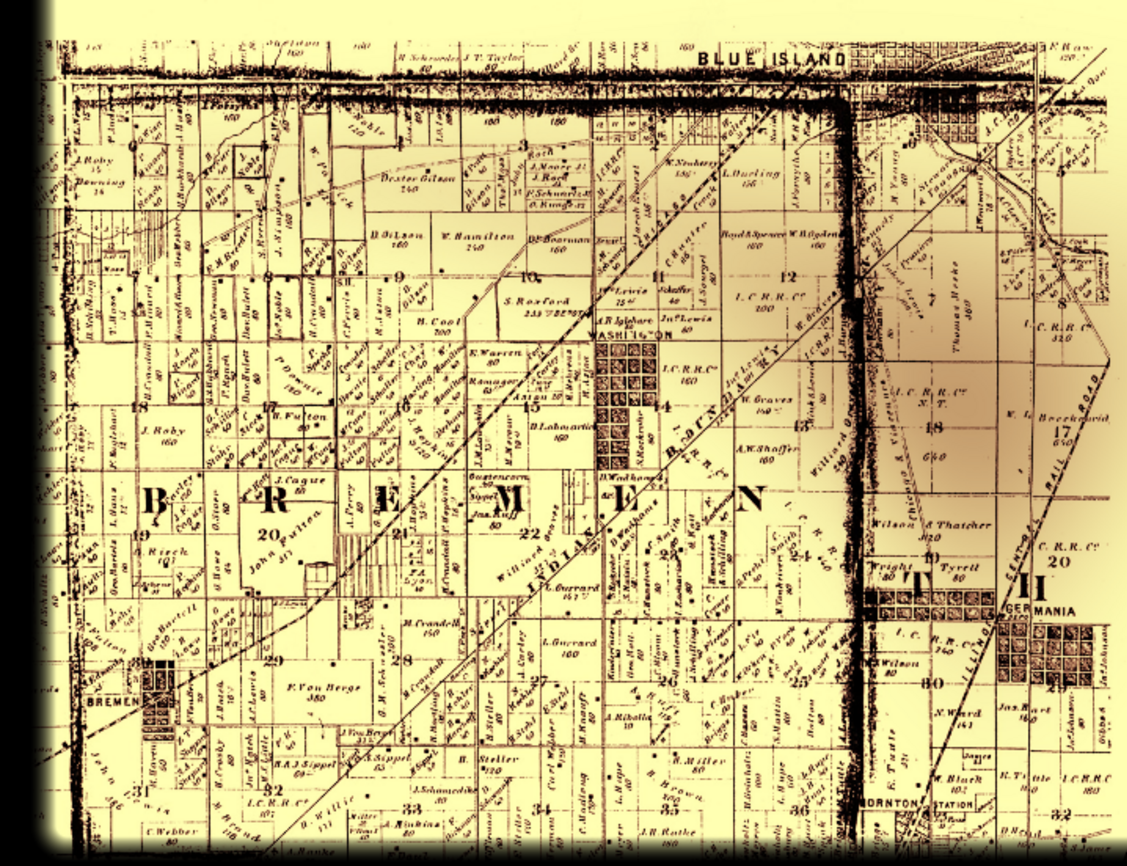 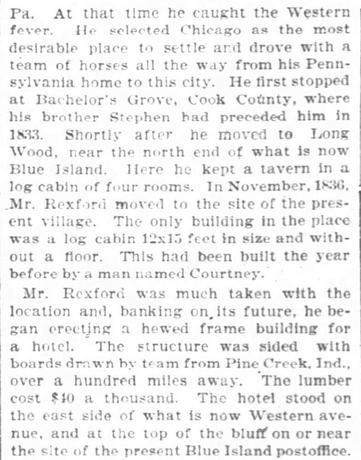 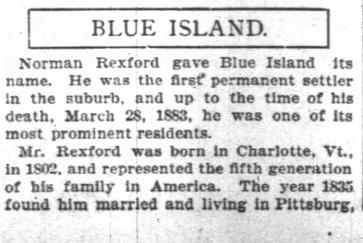 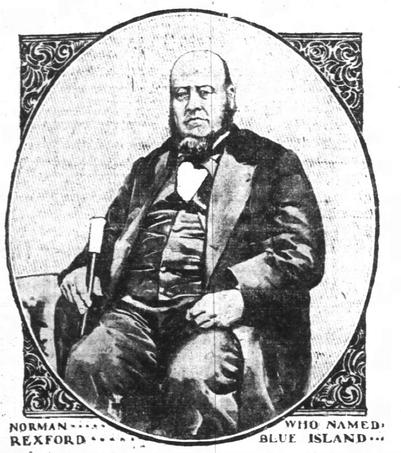 In the later part of the 1820's the first wave of documented settlers comprised of mainly Irish, English and Scottish decent began to move from the overcrowded cities on the east coast, mainly New York. After having spent a good portion of their younger years in the big cities like New York, Philadelphia and Baltimore some were brave enough to begin the big move west .

Single Men ready to make their own mark in life had the opportunity to stake a claim on a plot of land previously unclaimed . When specified improvements on the land were completed  the land would then be theirs.  The process began with them moving west. Most of our original Bachelor's Grove families traveled to Chicago first and then moved out to what are the suburbs.

Keeping Bachelors Hall was a commonly used term to describe maintaining the life of a single man or settlements founded by  large groups of bachelors, such as our very own Bachelors Grove in Illinois.

One of the first single settlers was Stephen Rexford. A local 1917 manuscript  states that Rexfords group  "kept Bachelors Hall". Rexford arrived in the area in 1832 and was  one of the original single settlers in Bachelor's Grove. Stephen would claim that it was he who named the settlement Bachelors Grove but many years later this would be proved incorrect with references to the Settlement being found in a missionaries notes that predate Rexfords arrival .

Stephen eventually and has a family. His daughters obituary says the group of bachelors had sworn to keep a bachelors life and never marry. None would keep the vow and those names are still alive in the south sub burbs of Chicago.

In 1843 Rexford  initiated the first post office in the area of Bachelors Grove.
In 1850 he  was responsible for the naming  of Cook County Township Governments. ​

Bachelors Grove Cemetery is a plot of one acre of farmland put aside by early farmers in the area to be a burial place for locals who passed.  BGC has a world wide reputation for being one of the most haunted places in America, some call it the most haunted cemetery in the world.

The cemetery sits in the heart of the southwest suburban Forest Preserve District of Cook County surrounded by the dense woods that make up Rubio Woods in Midlothian , IL.

The exact date it became a cemetery is currently unknown. The cemetery was on of the first in the area and pre-dates any cemetery requirements and laws.

The Everden Family is the first documented as having owned the farmland that would eventually be the cemetery and surrounding Forest Preserve.  This came when Edward Everden sold the farm to Friedrich Schmidt in 1865. The deed was written that the farm was sold to Schmidt with the exception of the one acre to be used as a cemetery.

The earliest headstone dates 1832, but there are interviews recorded of older locals that remember seeing headstones dated much earlier .

Pulling aside the veil of the paranormal that hovers over Bachelors Grove Cemetery ,past the ghost stories and urban legends there is also a rick history that runs deep.  Some of those buried in Bachelors Grove were pioneers, founding fathers of the very busy surrounding Townships and Suburbs. Below is  a little of what is known of the early years of the original settlement. 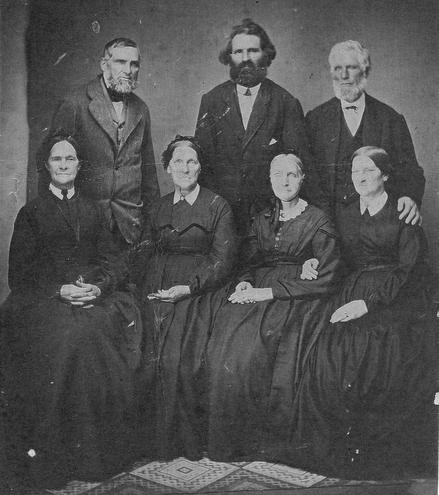 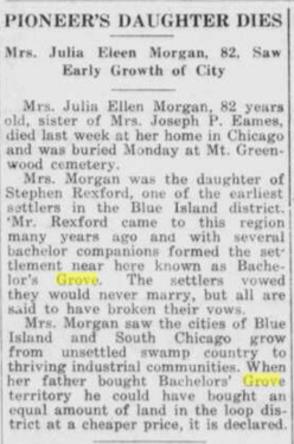