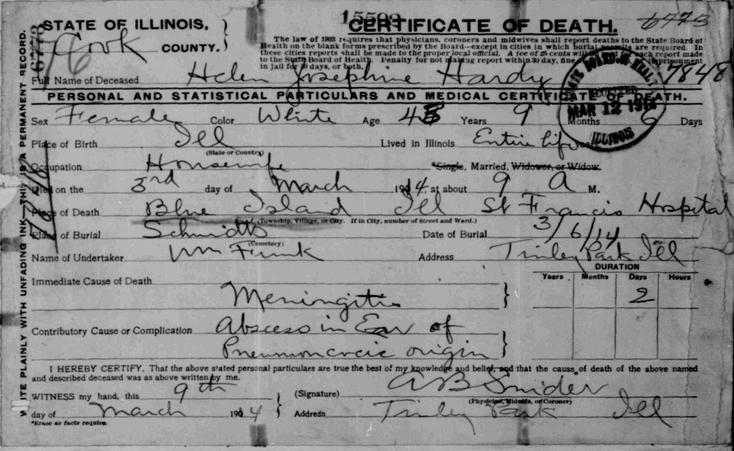 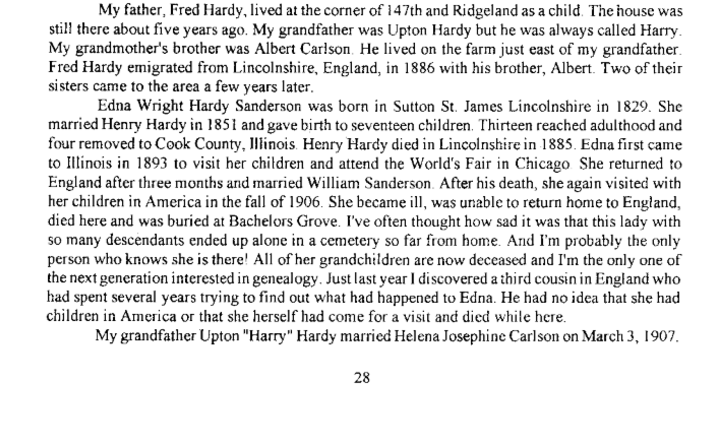 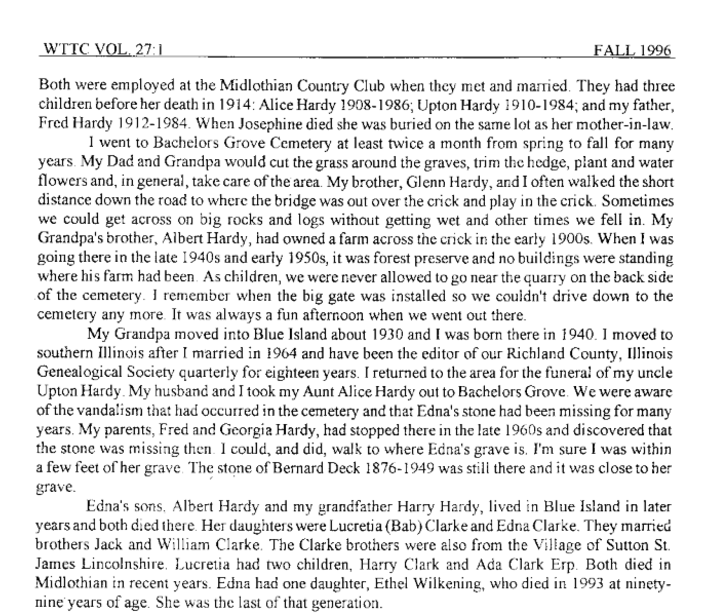 The information below was extracted from the Where the Trails Cross 1996 Fall edition Vol 27:1 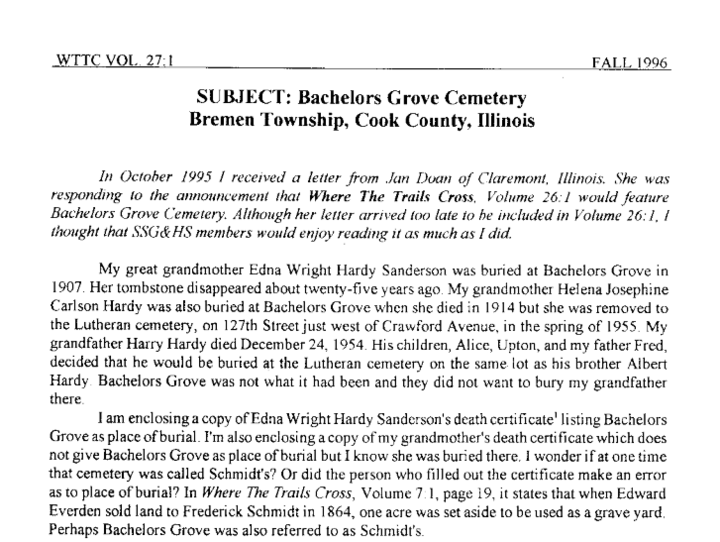 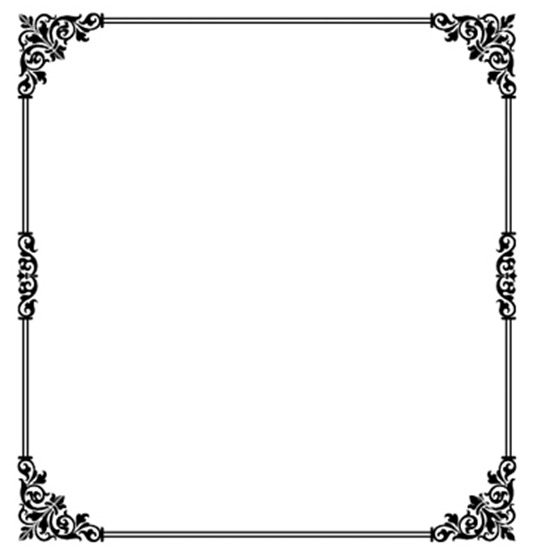 Many friends and relatives were shocked to hear of the sudden illness and death of Mrs. Harry Hardy, who died Tuesday morning after an illness of three days. Mrs. Hardy was suddenly taken ill with meningitis Sunday morning. Dr. Snider was called and she was removed to the St. Francis hospital, Blue Island, Monday morning, where she passed away the following morning. Mrs. Hardy was a loving wife and mother and was loved by all who knew her. Rev. Mr. Maplesden of Harvey preached a sermon that will be remembered by all who heard it. Helen Josephine Carlson was born at Genesco, Il, May 25, 1870 and was united in marriage to Harry Hardy, March 2, 1907, to which union were born one daughter and two sons- Alice Josephine, aged 5 years, Henry Upton, 3 years, and Frederick William, 1 year 8 months. She leaves to mourn her loss, her husband and children, three sisters and three brothers, all being present at the funeral but one brother residing in Bison, Okla. She was laid to rest in Bachelors Grove cemetery Friday at 2 o'clock.

Original Plat map notations for lot #19 show the owner of the lot A. Hardy.  Edna Wright Hardy Sanderson was the mother of Allbert Hardy, and Upton "Harry" Hardy whom are in First Evangelical Lutheran cemetery in Alsip, Il. Upton Hardy's wife Helena was originally buried in Bachelors Grove Cemetery with his mother, but her remains were moved to First Evangelical Lutheran in the plot next to her husband in 1955. 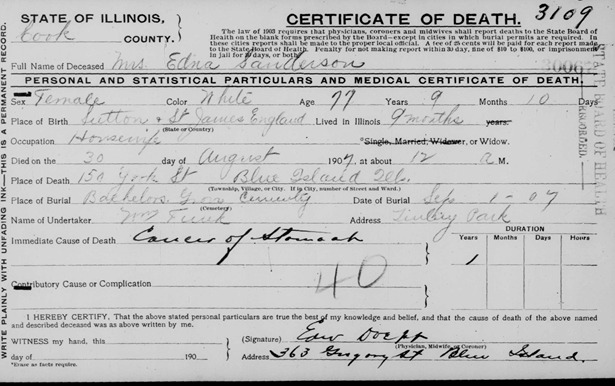 Wife of Henry Hardy and William Sanderson, mother of Albert and Upton "Harry" Hardy and 15 other children.