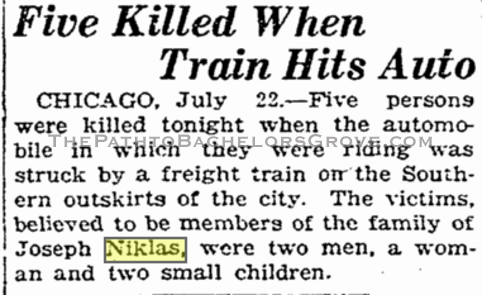 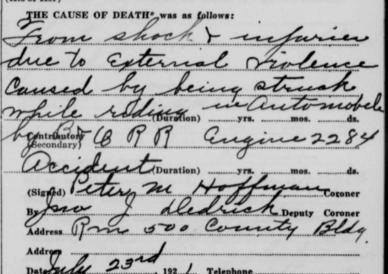 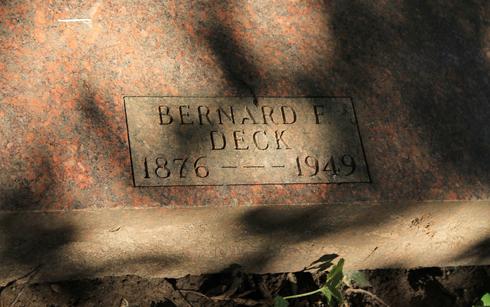 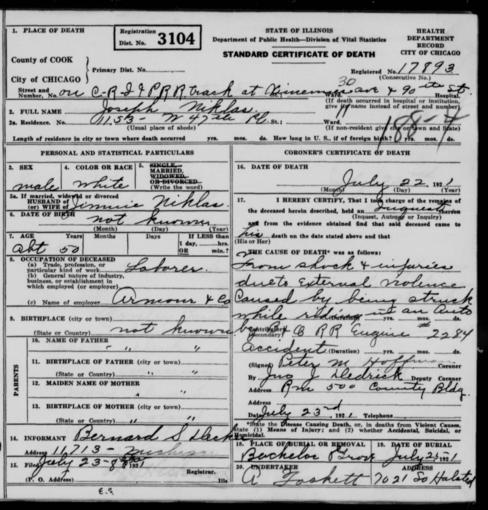 The matching dates on the Deck stone for Joseph and Jennie Niklas are believed to be where rumors of a set of twins that tragically died the same day originated. Joseph and Jennie are in fact husband and wife both killed  in a violent crash when a train hit the car they were driving in. The article below from the Chciago Englewood Times gives some details on the horrific accident, including the fact that three other lives were lost, two of those little girls. So far the relationship of the Niklas' to the others killed is unknown. 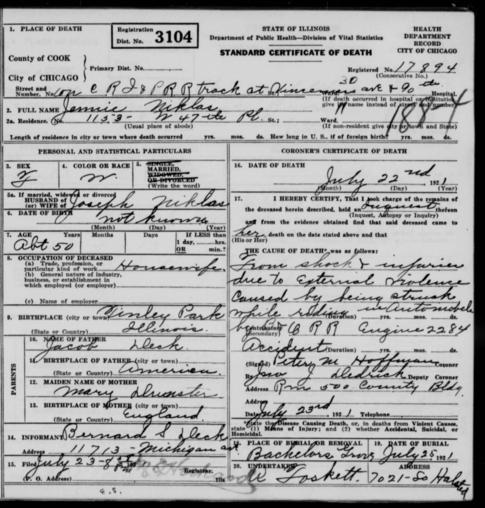 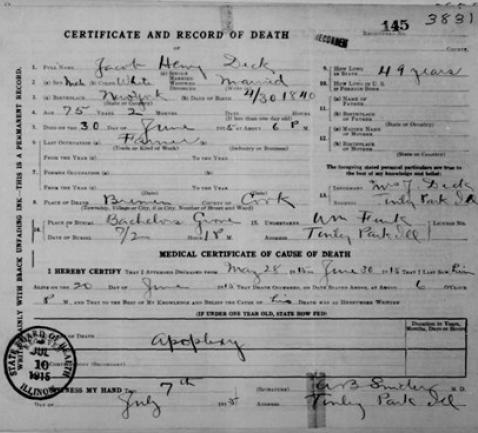 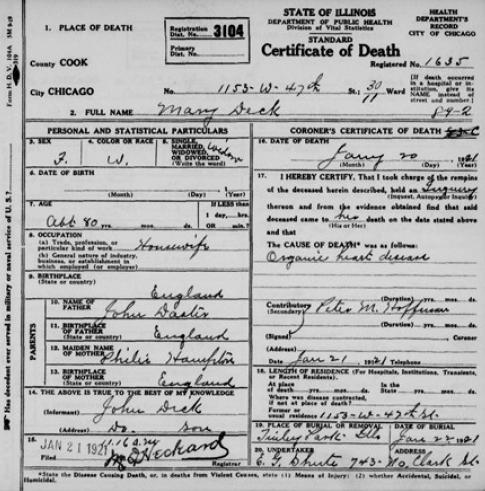 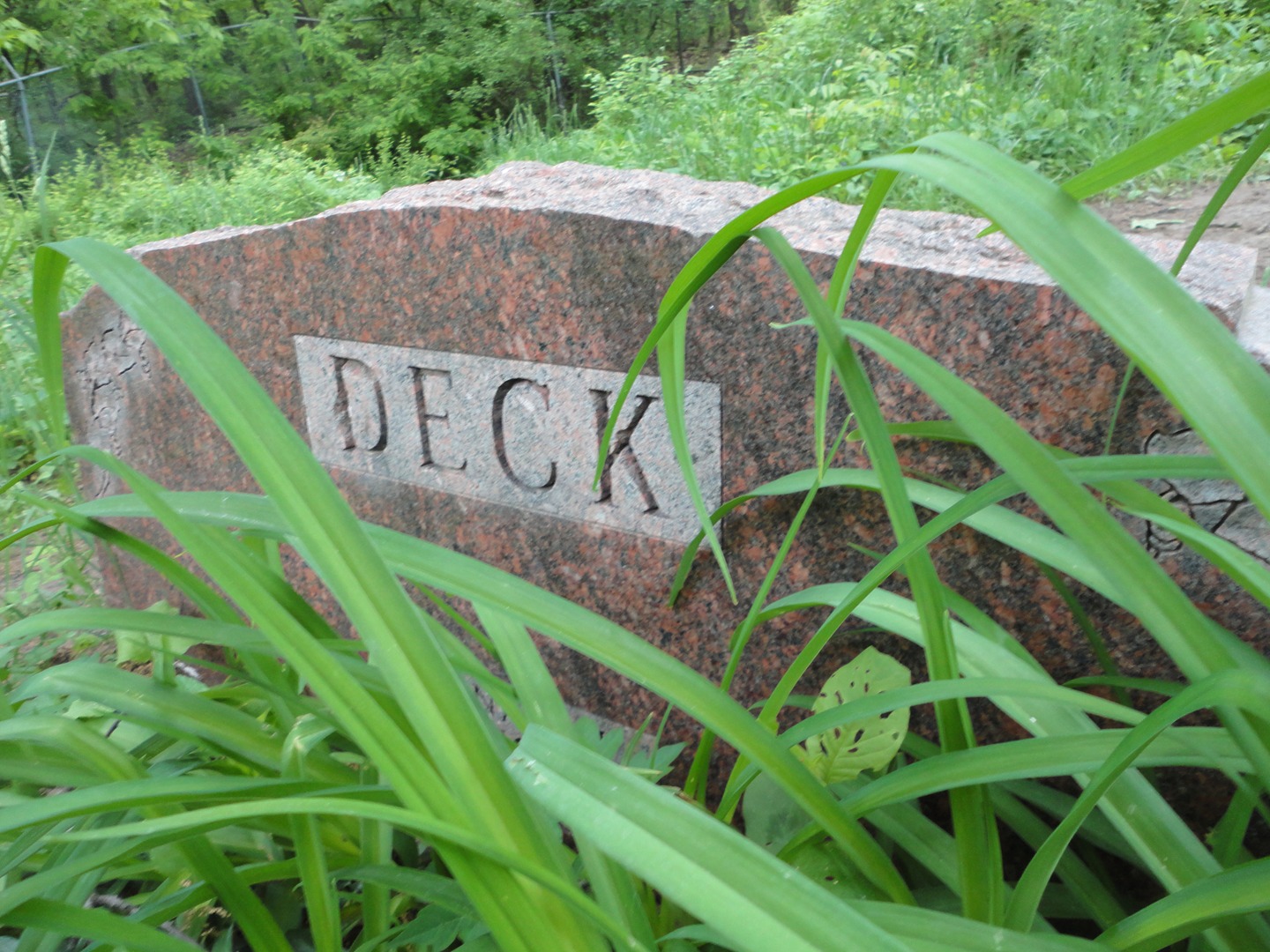 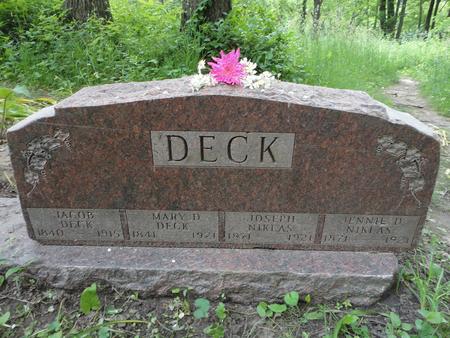 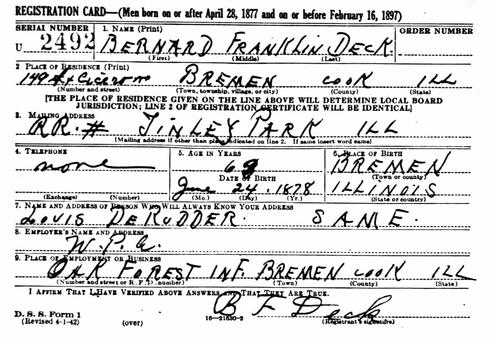 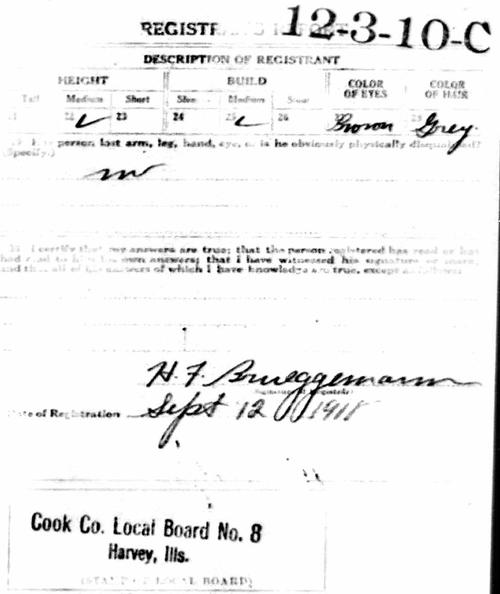 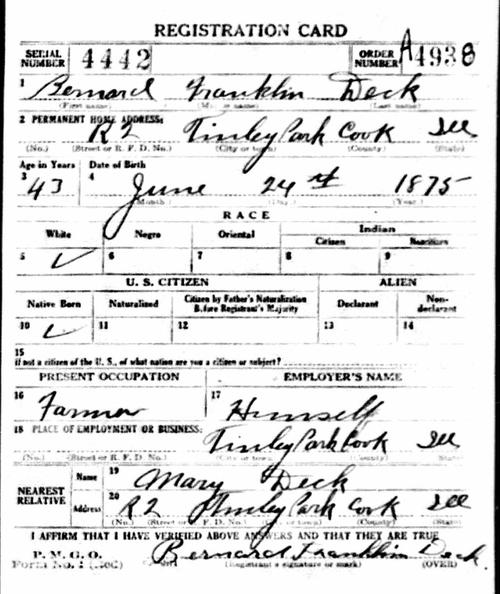 Below: Joseph Niklas US Naturalization Record 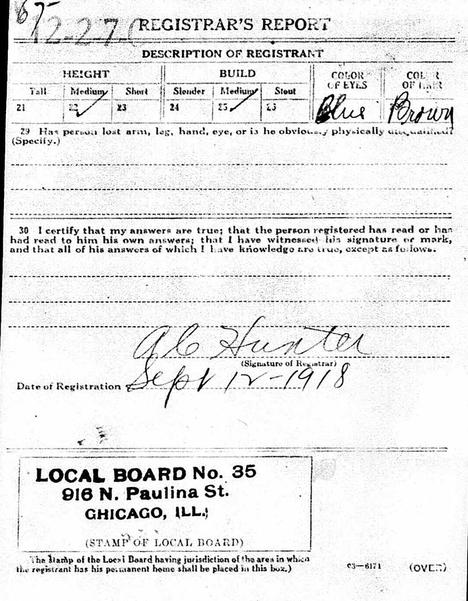 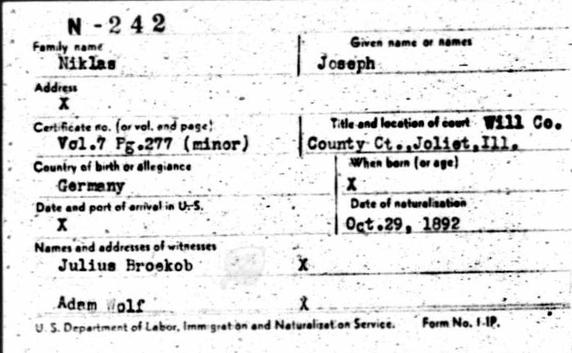 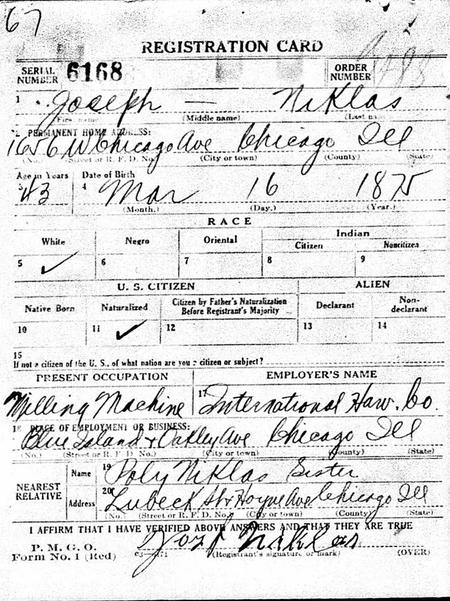 The day after the accident 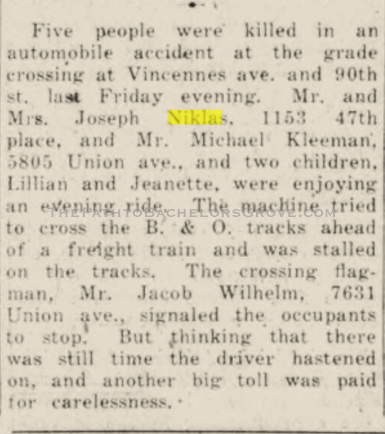 Above: Bernie Deck with a Schmidt family member. Photo courtesy of Bob Schmidt. 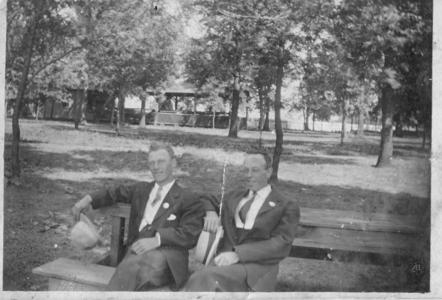 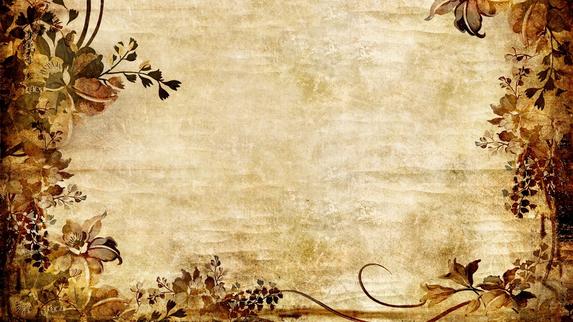