Below: 1860 Bremen Township Census shows John and Mary Rippet, along with their infant son James, living with Mary's Parents.

Below: From Ferdinand Schappers 1917 Manuscript Southern Cook County and  History of Blue Island Before the Civil War 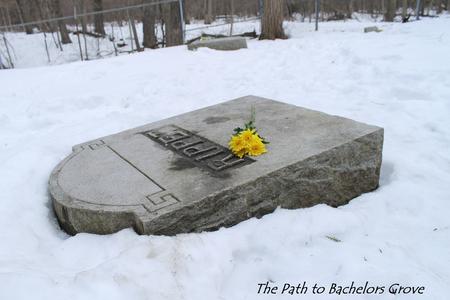 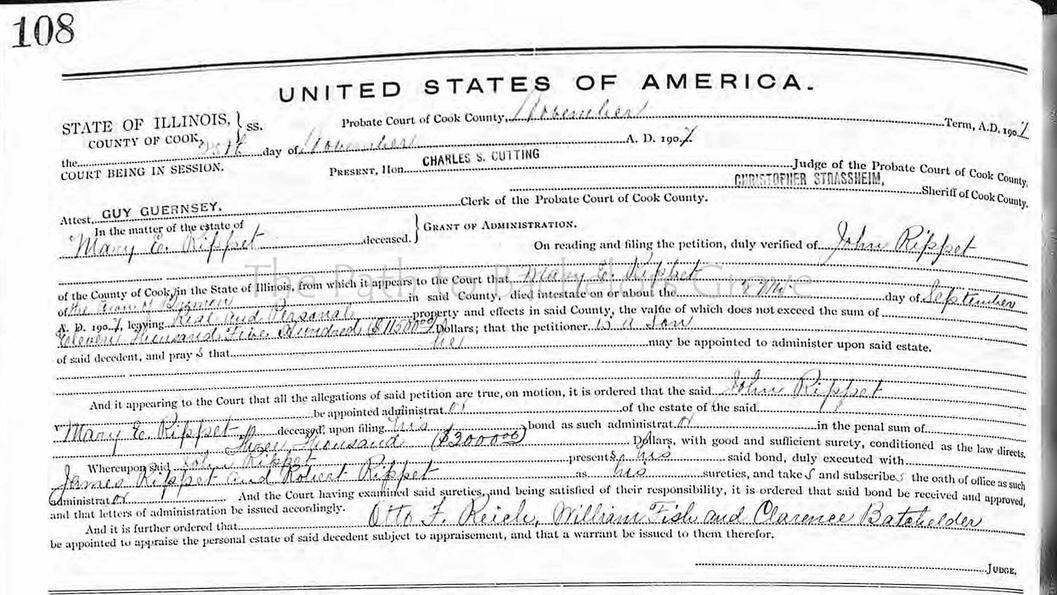 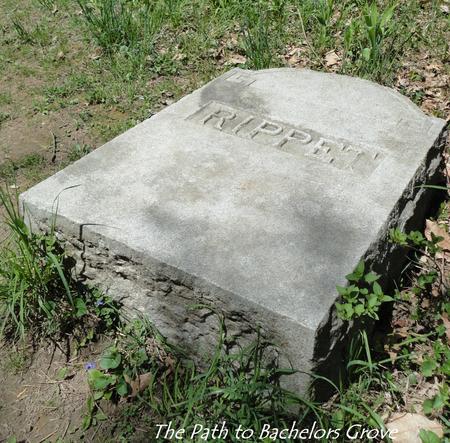 Above: Death Certificate for Mary Rippet

Left: Cook County, Illinois, Deaths Index, 1878-1922. It states that Mary was divorced but is a mistake. The above actual copy of the death Certificate states she was widiowed as  her husband preceded her in death seven months earlier. 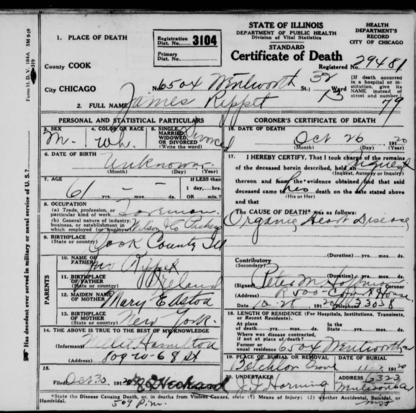 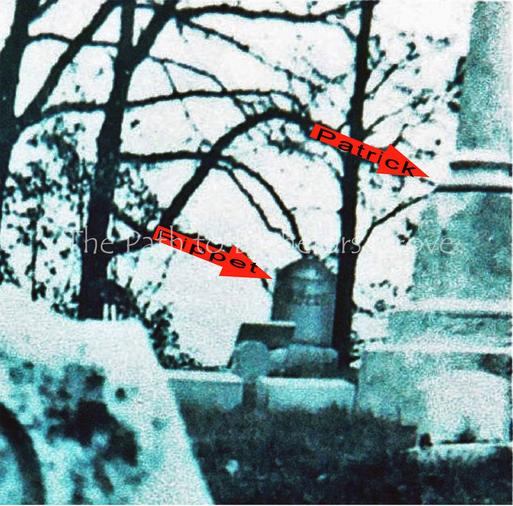 Below: Article  announcing the death of James Rippet from The November 4, 1920 edition of the Blue Island Sun Standard News paper. 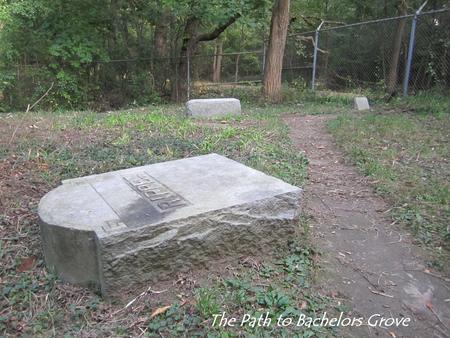 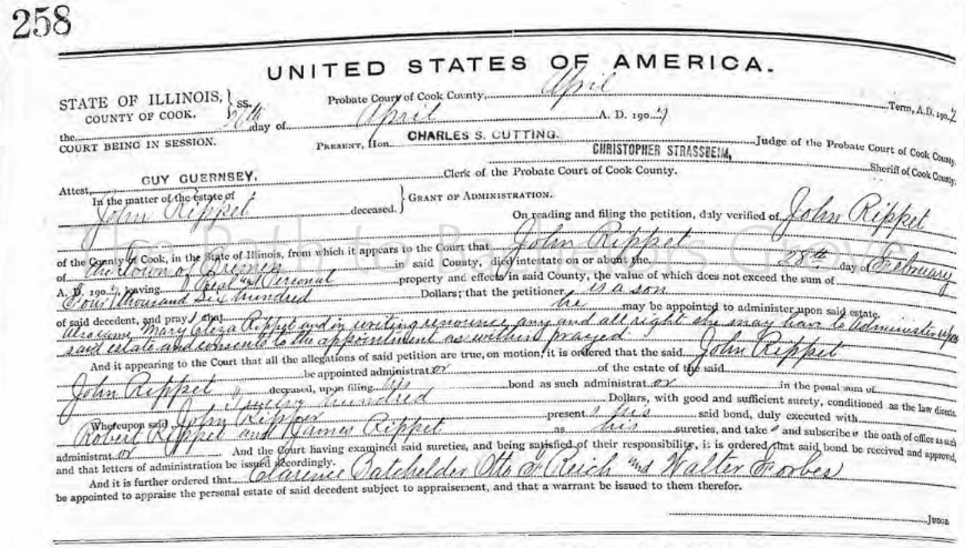 The Rippet family were dairy farmers in the Blue Island area but from documentation it is known that most of John and Mary's children moved out of state. This would explain the statement in a 1935 News article  by Joseph Fulton that the family name died out in the area.

A  few members of the Rippet family are buried in Bachelors Grove Cemetery. There are no photos that we know of the other side of the stone that still lies in the southeast corner of the cemetery. For as long as anyone can remember the stone, that was knocked over long ago,  has laid in the position pictured right, flat with only the family name showing. A 1951 photo we discovered in 2014 of other missing stones shows the Rippet stone standing in the background. To date we believe this is the only photo that has been found of the Rippet stone in its original position. (1951 photo with arrows below) 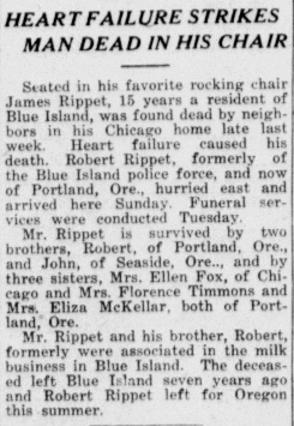 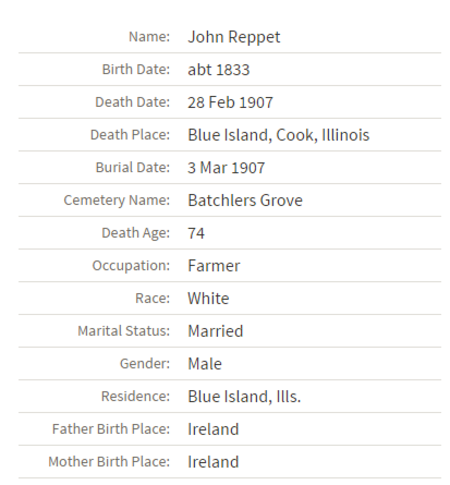 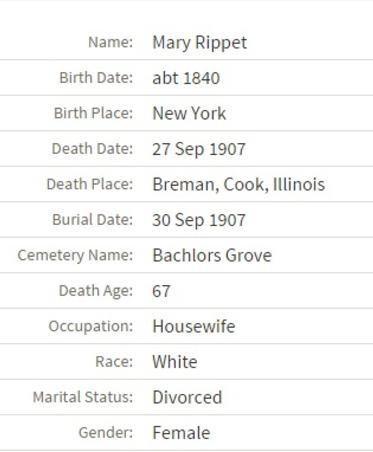 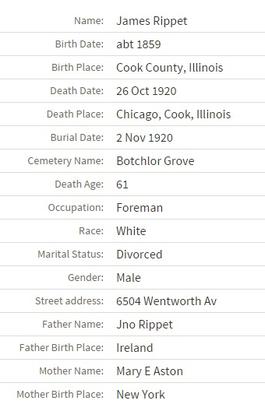 Below: Document From Illinois Wills and Probate records,  1772-1999 referring to John Rippets estate.

Below: Documents From Illinois Wills and Probate records,  1772-1999 referring to Mary Rippets estate. 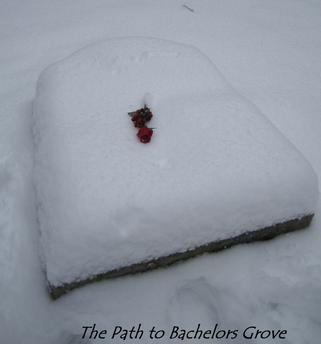 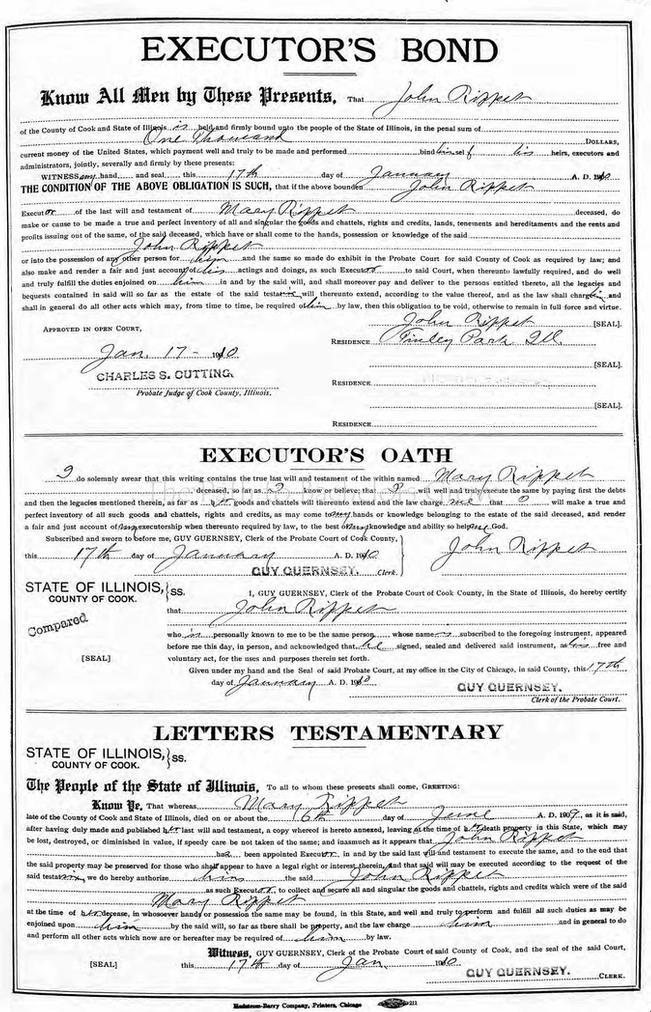 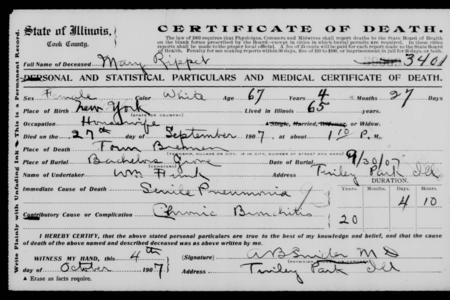 Below: From Ferdinand Schappers 1917 Manuscript Southern Cook County and  History of Blue Island Before the Civil War