William is seated in front holding a cane. Seated next to him on the right is his wife Nancy Conklin. William and Nancy's daughter Maria married Richard E. Moss.  Although none of the individuals in the photo have been individually identified, the family has said that the photo is of William, Nancy and their children. One of the younger women in the photo is Maria . 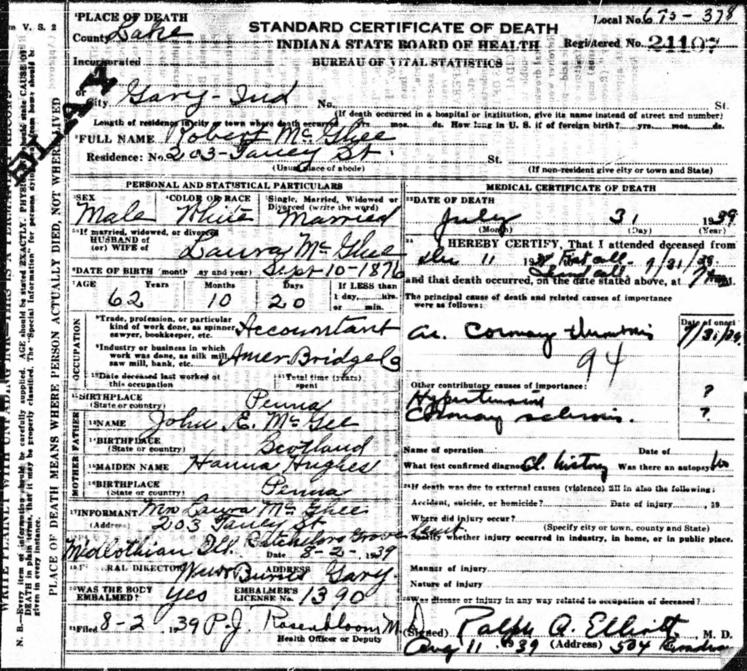 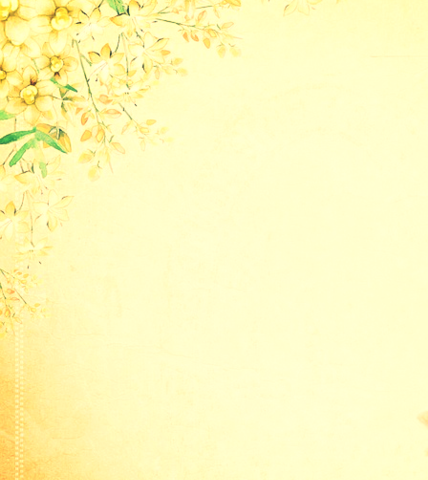 ​Daughter of Richard and Maria 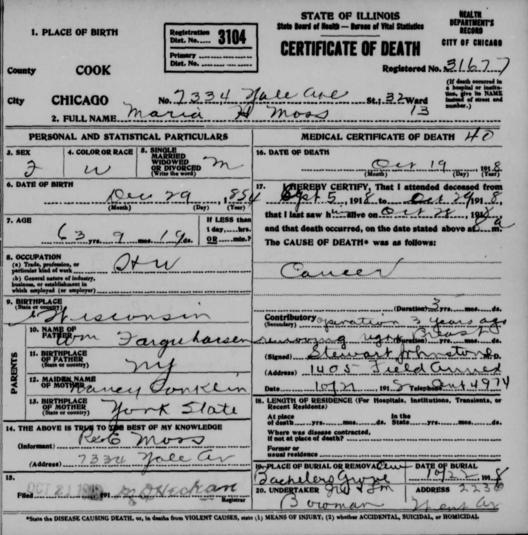 The Gary Post-Tribune, Gary, IN 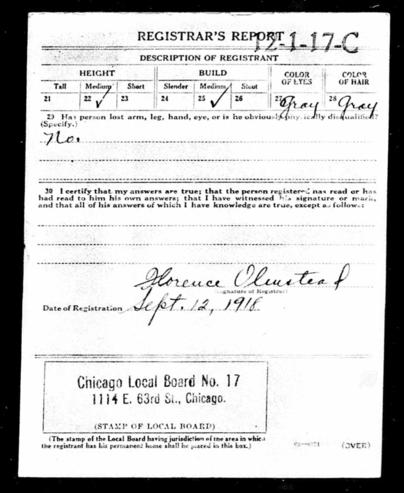 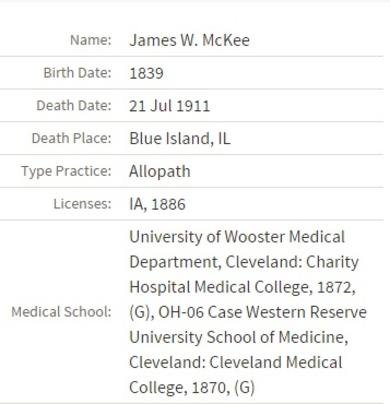 Below from: Directory of Deceased American Physicians, 1904-1929 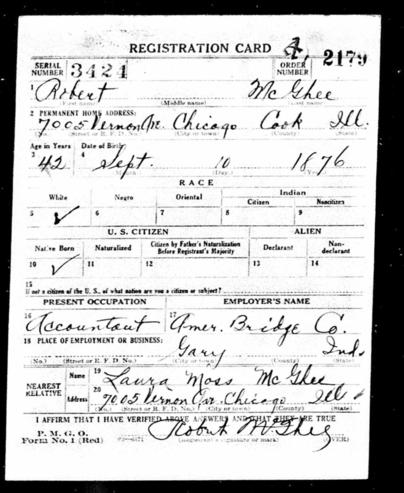 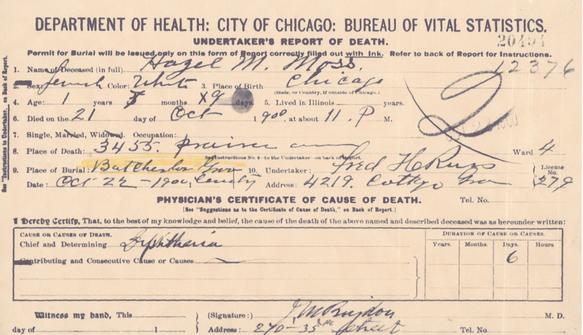 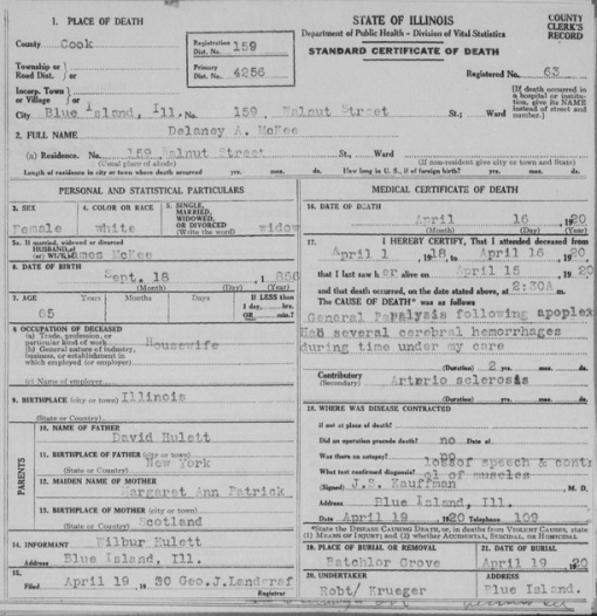 More burial confirmations were received by researcher Brad Bettenhausen after his detailed Bachelors Grove research was published in a 1995 Where the trails Cross.

This information was published in the 1996 edition as an adendum.

Robert and Laura Moss McGhee were two of the several confirmed in the adendum.

North half of Lot 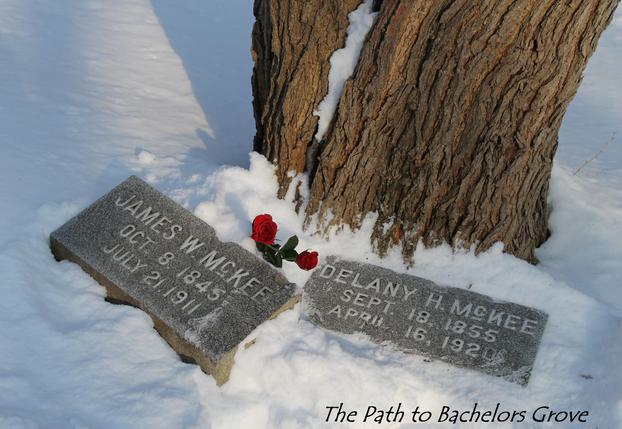 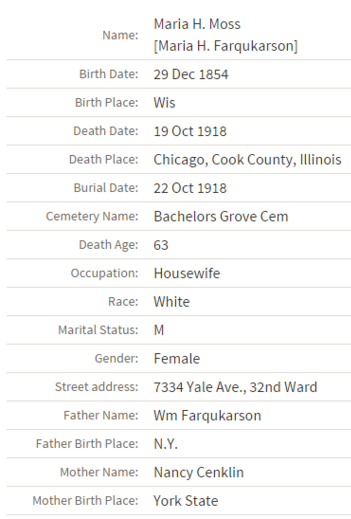 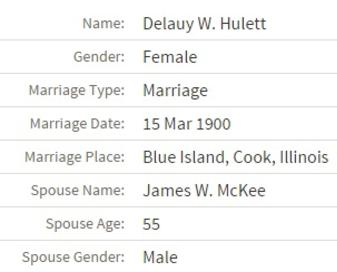 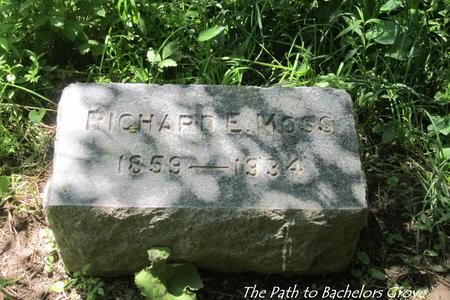 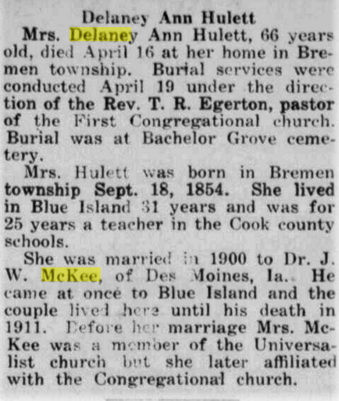 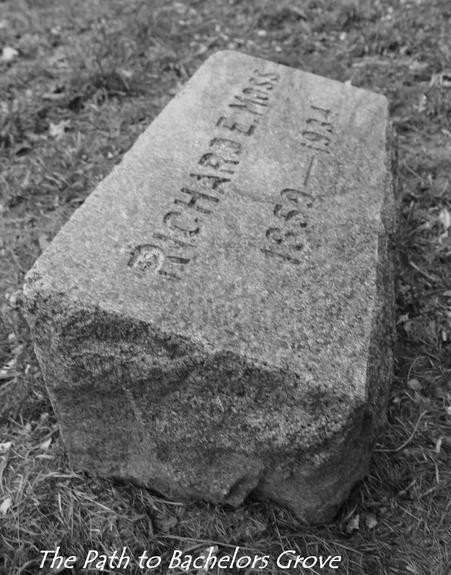 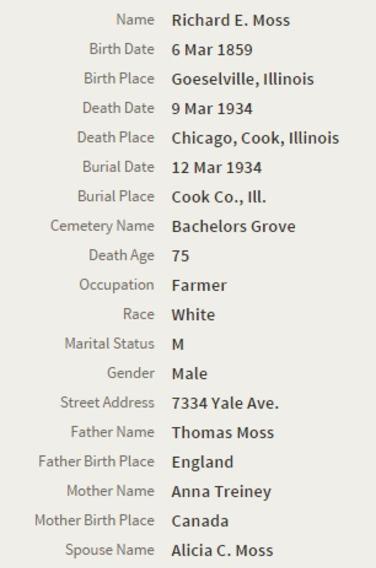 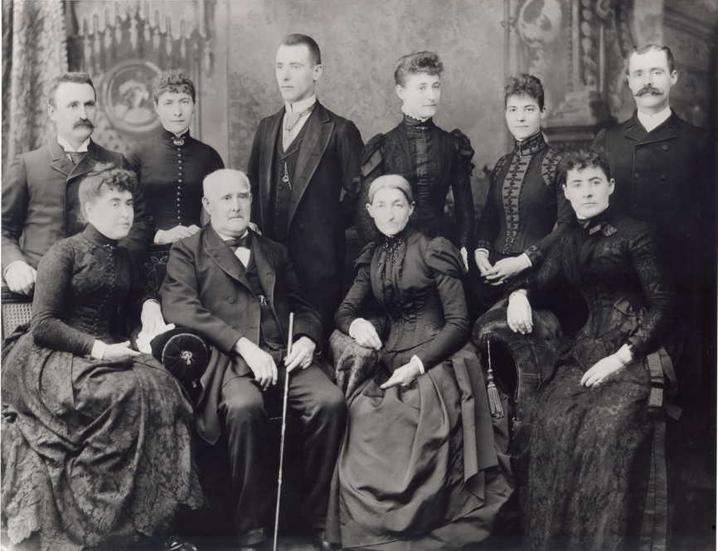 South half of Lot