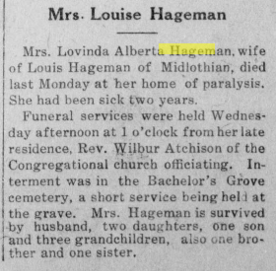 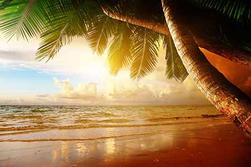 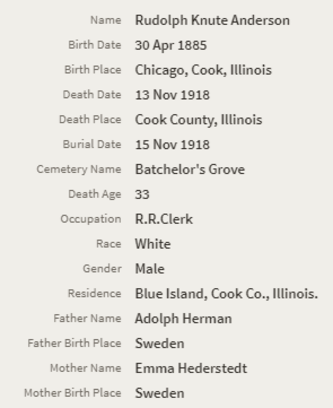 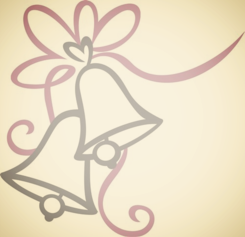 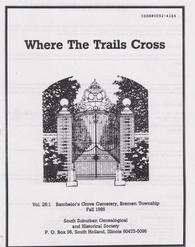 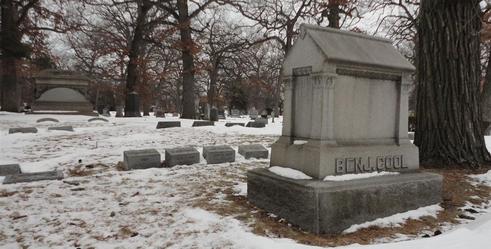 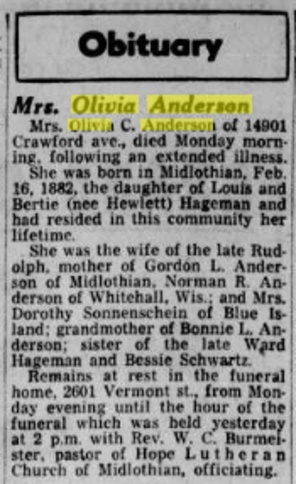 (daughter of Louis and Alberta)

According to Brad Bettenhausen's  1996 Cemetery research published in Where the Trails Cross the notations on the original plot map say that the lot was transferred from Ben. Cool to L (Louis) Hageman.  Below this is the name Anderson in blue ink.

Bettenhausen also states that the following names appear on lot #56 on the Cook County copy of the original plot map as well:

G. Anderson (written at the bottom of the lot) 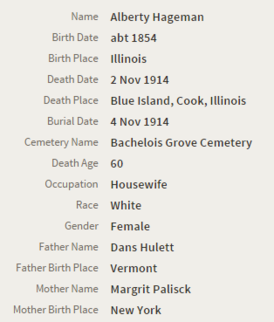 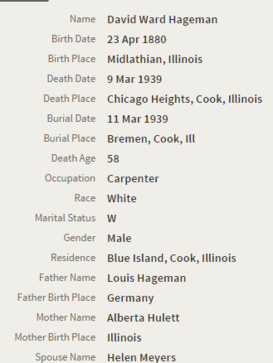 To read more about the Cool family and others that were moved from Bachelors Grove Cemetery click the photo to the right.