Above: The base to the Moss stone that remains in Bachelors Grove Cemetery. 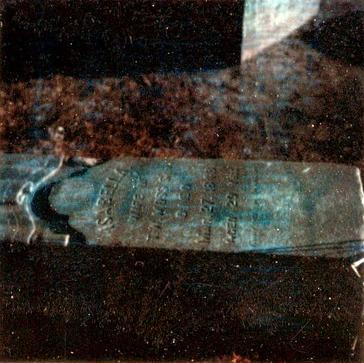 One of the more tragic stories buried in the Grove is that of Thomas Moss. He and his first wife Isabella are buried in lot #58.
Isabella was the first of Thomas' three wives. Isabella died in 1848 after 13 yrs of marriage and  7 children of which 2 were stillborn, one died at 2 years and one at 14.
In 1850, two years after Isabella died,
Thomas married Sarah McGettigen. She died on December 17, 1851 three days before their one year anniversary.
Two years later in 1853 Thomas married 17 year old Anna Turney . Sister of Hulda Turney Fulton and Rosanna Turney Newman. They had seven children. One was stillborn,
one died at a day old, one at 45 days old and Then in 1885 Anna died in childbirth with their last child. The child died with the mother.
Thomas lived for 20 more years after his last wife passed. He never married again. 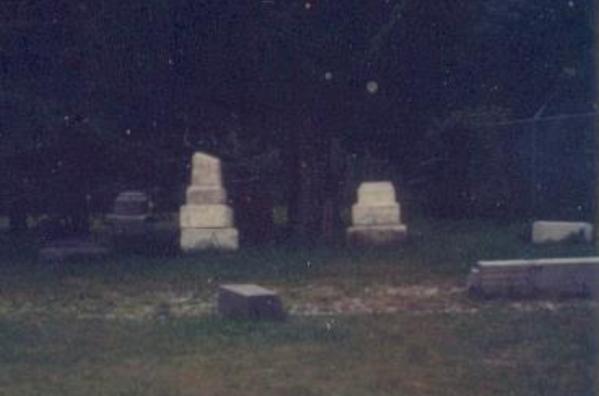 Slideshow below: The Moss stone obelisk that sits outside of the Tinely Park Historical Society. 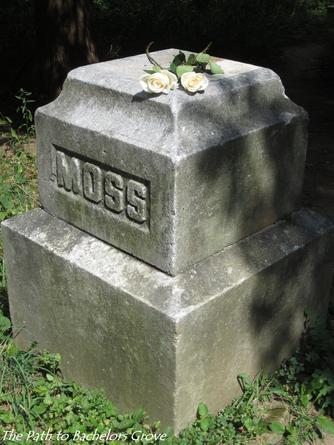 Left and below: 1970's photos of Bachelors Grove cemetery by Robert Patterson show the Moss stone toppled and lying int the main path as if someone tried to steal it. Members of the Moss family eventually rescued the the obelisk part of the stone and placed it in the care of the Tinley Park Historical Society. The stone remains there today. (see slideshow below)