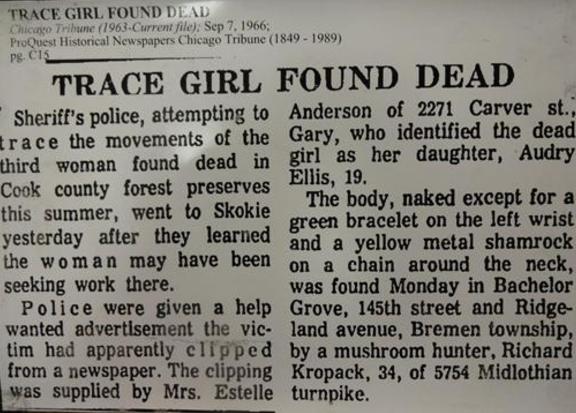 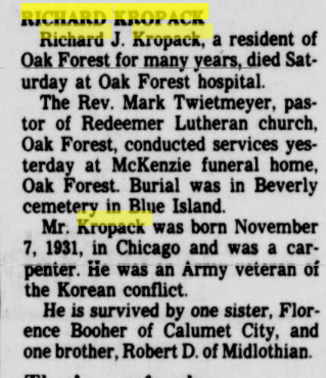 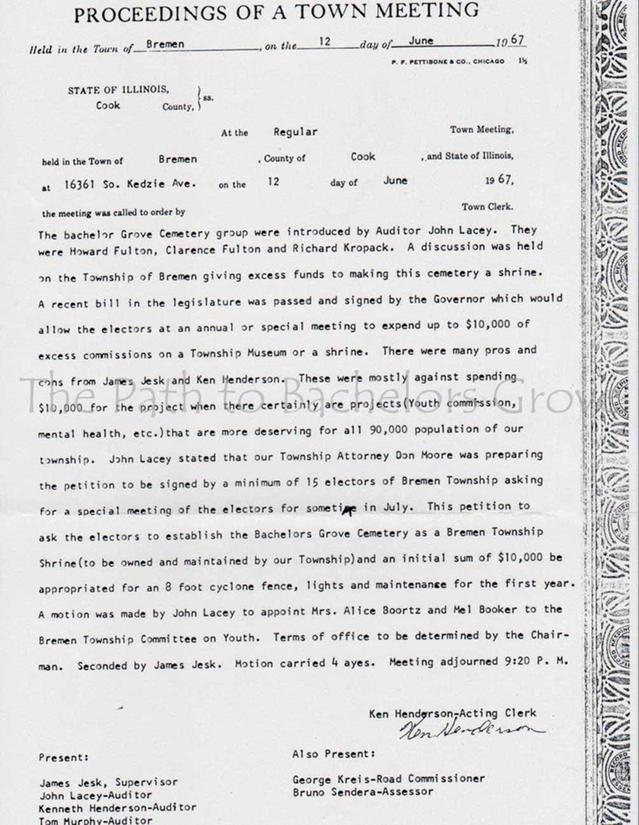 Obituary below from the

Plot Map notations are as follows and written in blue ink:

The only information that is known at the time for this lot.

Richard Kropack may be listed as owner of this lot but he was buried in Beverly cemetery when he passed in 1985. Richard may have purchased the lot for himself before they closed the cemetery to burials , but passed long after.

He also has other connections to the area. He was a lifelong local and made the local newspapers when he was hunting for mushrooms near the cemetery and found the body of one of three African American women found murdered in Cook County Forest Preserves in 1966.

The document to the right was found at the Tinley Park Historical Society.

In 1967  Richard along with Clarence Fulton (last official caretaker of Bachelors Grove Cemetery) and Howard Fulton (whos name also appears on the Plat Map of BG cemetery with Cook County)  called themselves the Bachelors Grove Group and petitioned the Township to dedicate the cemetery as a shrine, ensuring its restoration and future care. The motion was denied and in the end the county took over by condeming the cemetery and gaining a clear title to the cemetery.