Below:  James Fullerton Obituary from the November 21,1929 edition of  the Blue Island Sun Standard

a retired farmer for more than 17

years in Blue Island died last Thursday of old age. He had been residing at 2448 Burr Oak Ave., as his wife had passed away many years ago. Funeral Services were from Halliman's, Saturday, and burial at Bachelors Grove.

Below: Record of James and Sarah's marriage in 1868 from West Yorkshire, England, Church of England Marriages and Banns, 1813-1935 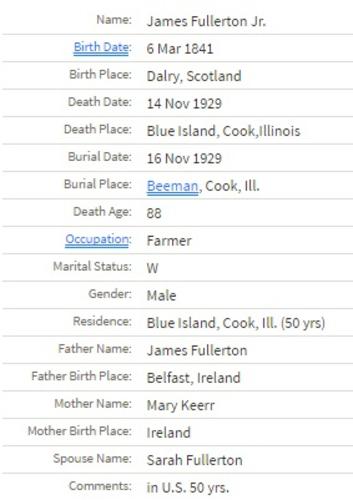 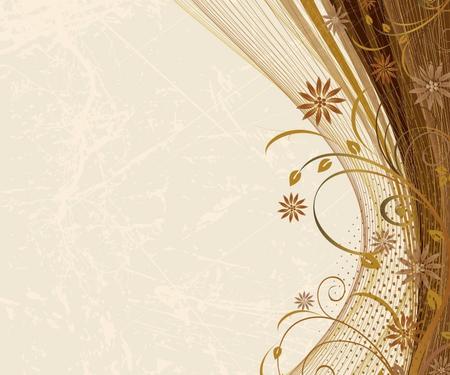 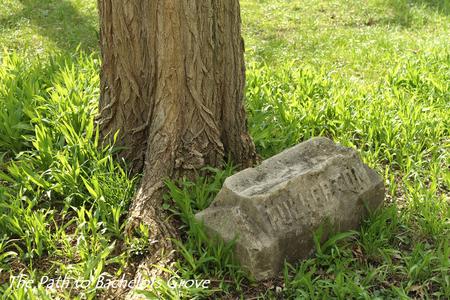 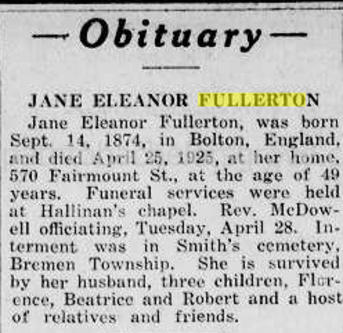 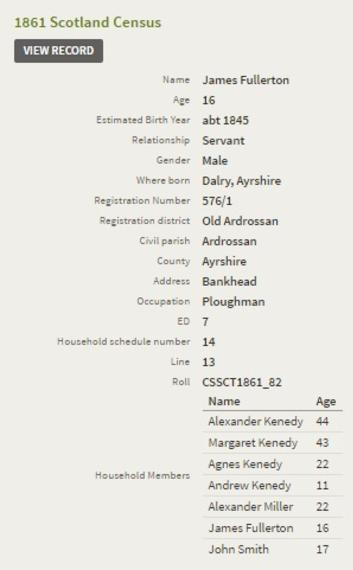 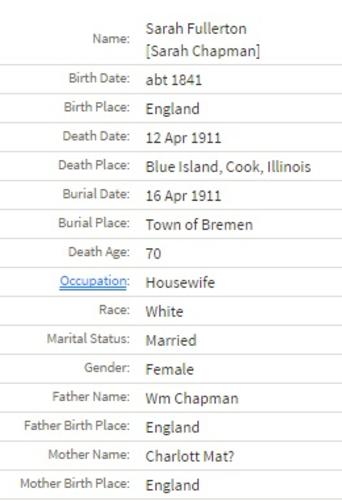 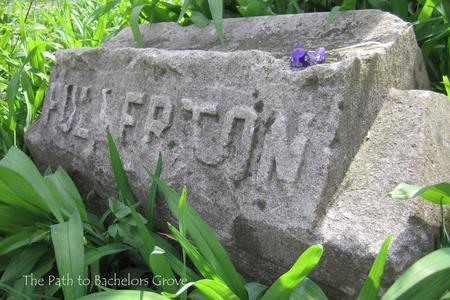 The lots in Bachelors Grove were typically 20 X 20. The additional is evidence of more burials but at the time the three listed here are the only ones confirmed.

Plot map notations in the south half of the box indicating lot 65 is the name jim Fullerton. We believe this is because this area was purchased by the family and is actually a part of lot #72

The only thing that remains on the lot is a gray base bearing the family name.

James Fullerton was born in Scotland in 1841. A 1861 Scotland census shows James working for a farming family as a ploughman. Sometime in the next several years he moves to England where he met Sarah Chapman. James and Sarah married on February 11, 1868. They migrated to the United States sometime around 1880,  and spent the rest of their days on their farm in Blue Island. There is no record of them ever having children.

Jane Eleanor Fullerton was the wife of Henry Fullerton. Henry was James brother. We believe Henry is buried in the lot as well but have not located any  documentation to prove it.

Sister in Law to James and Sarah