For more information On

"The cemetery was established by members of Chicago's Czech community in 1877. The community had been outraged when a Czech Catholic woman named Marie Silhanek was denied burial at several Catholic cemeteries in Chicago because she supposedly never made her Easter Duty (going to confession and Holy Communion at least once during the Easter season), which is incumbent on all Catholics, even today.  In response, the Czechs purchased land in what was then Jefferson Township to create a cemetery that would be under their control.  The original plot of land was 50 acres. Over the years, the cemetery expanded to 126 acres.

The cemetery was notably featured in the 1998 film U.S. Marshals. It was added to the National Register of Historic Places in 2006." 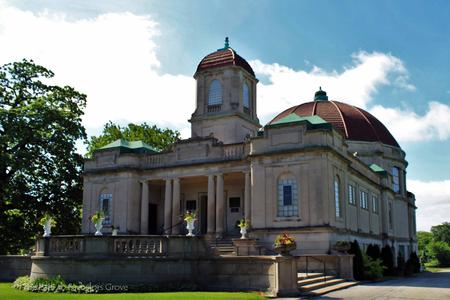 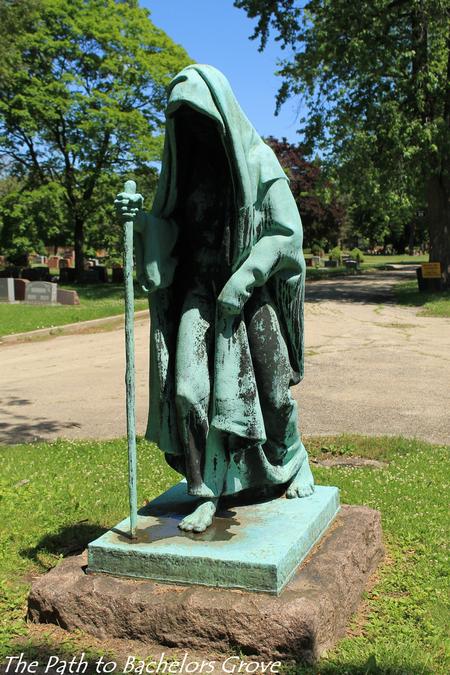 Left: Photos from inside the Columbarium and the concert commemorating the 100th Anniversary of the Eastland Disaster. 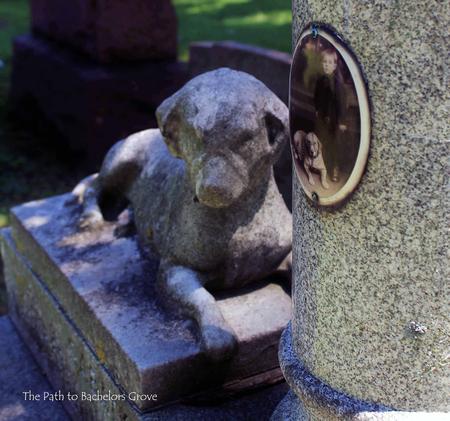 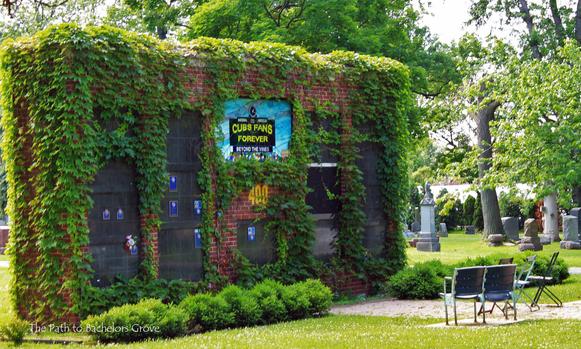 Below:  Just a few of the many porcelain portraits at Bohemian National Cemetery.

Bohemian National has a beautiful Columbarium. This cemetery hosts concerts and events throughout the year. 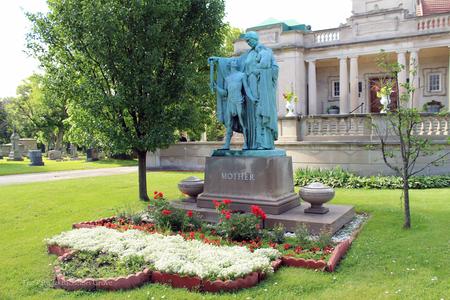 Click the map below For a downloadable/printable Map and guide of notable burial locations in Bohemian National Cemetery provided by Friends of Bohemian Naional organization.

died at 5 years old of a ruptured appendix. He is buried with his parents under a headstone bearing a statue of his dog and a  porcelain portrait of him and with the dog.

The Cubs memorial wall built inside Bohemian National cemetery by die-hard Cubs fans is a replica of the brick outfield wall complete with identical ivory , stadium seats and a beautiful stained glass version of the score board. 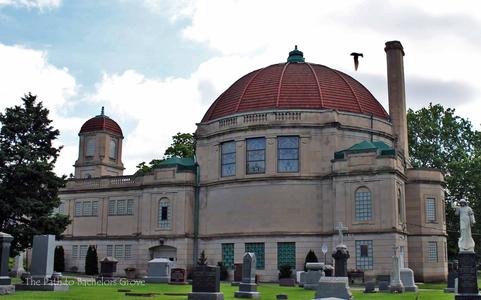 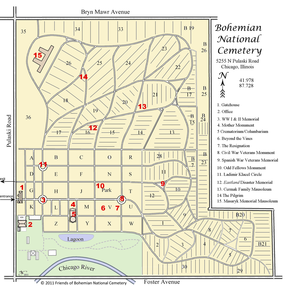