There is little information known about the first Joliet prison convict cemetery. When it began, how many burials and who is buried there are some of the biggest mysteries surrounding the cemetery. This cemetery is on prison grounds and is not accessible to the public.
To the right is the list of confirmed burials in the cemetery. Most of these burials were identified by matching the name or number on the wooden grave markers in the photo above.

In 1932 when the cemetery still had a few markers left, thousands were drawn to the cemetery after a local woman heard a beautiful voice singing what sounded like church hymns coming from within. Despite the efforts of many,  for nearly a month no explanation or source could be found for the nightly performances.
Read the detailed story in Haunted Joliet Prison releasing October 2020.​

Clicking on the name will take you to the memorial page for the individual on findagrave.com 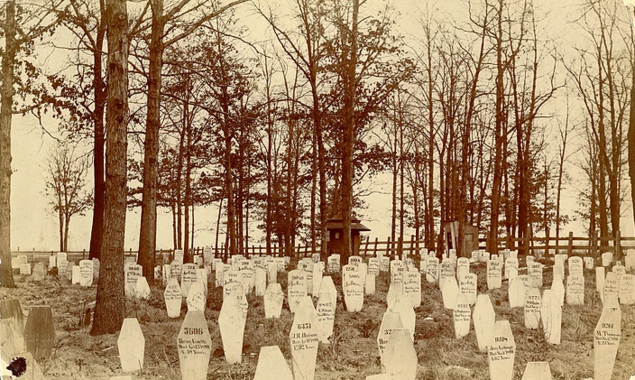