Above: What remains of the Patrick stone in Bachelors Grove Cemetery today.

Below: A 1951 photo of Bachelors Grove cemetery of now missing headstones taken by a family member of the Warren family (Lot#36) shows the Patrick stone still standing in its full glory.  The rest of the stone has been missing for more than 20 years. 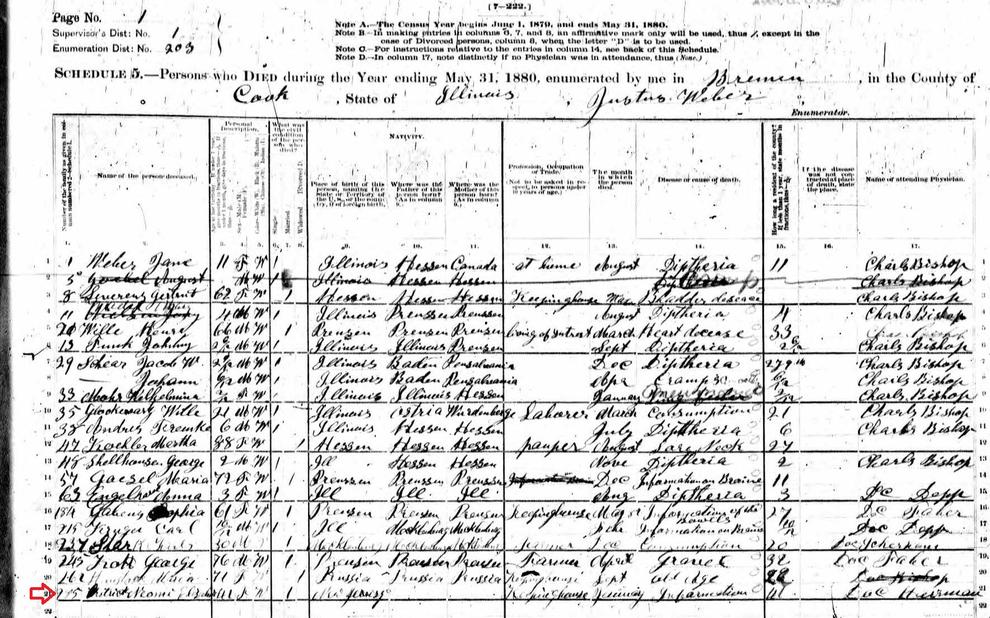 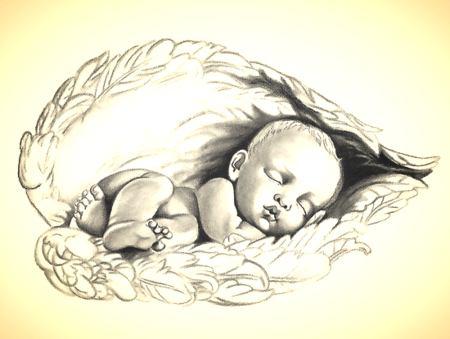 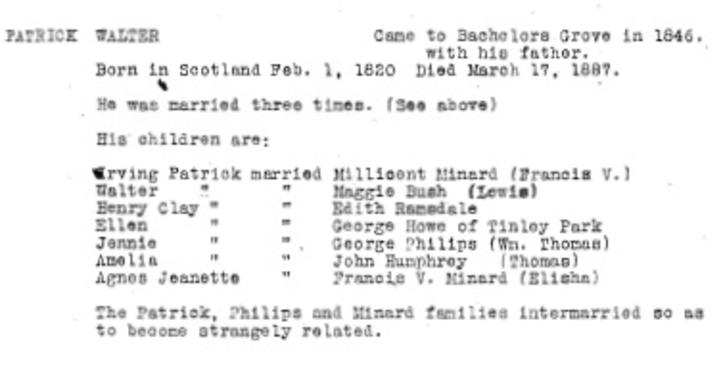 Clara B. Patrick
Daughter of Walter and Hannah 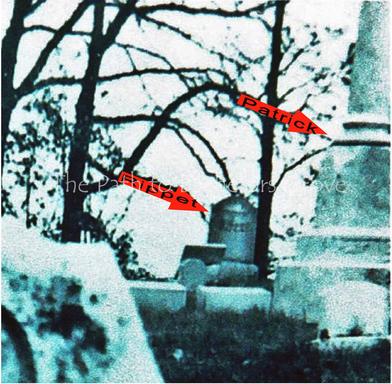 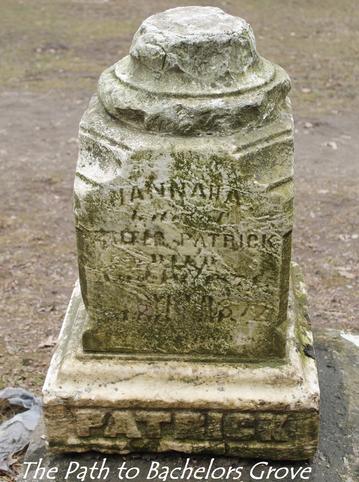 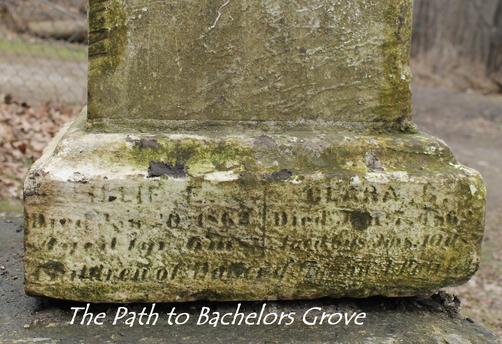 Walter arrives in New York on August 28, 1828 with his parents and siblings.

Below and right: New York Passenger and Immigration Lists, 1820-1850. Below is a copy of the actual document, to the right is the index listing. 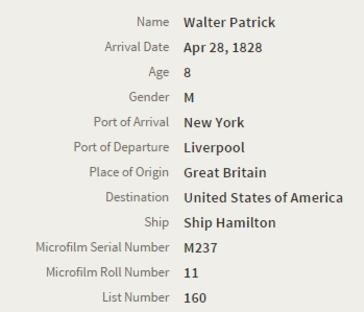 Daughter of Walter and Hannah 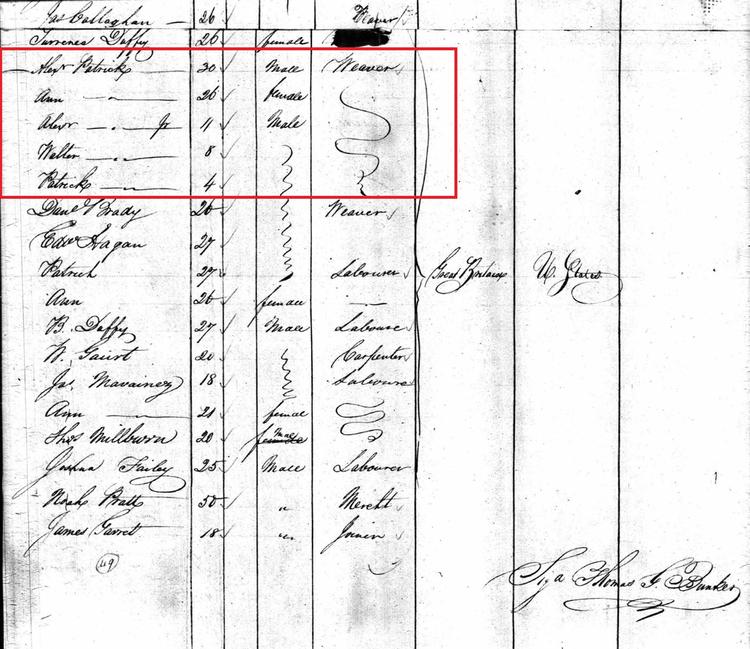 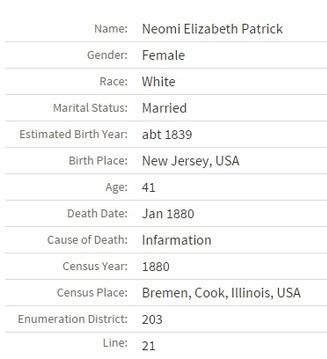 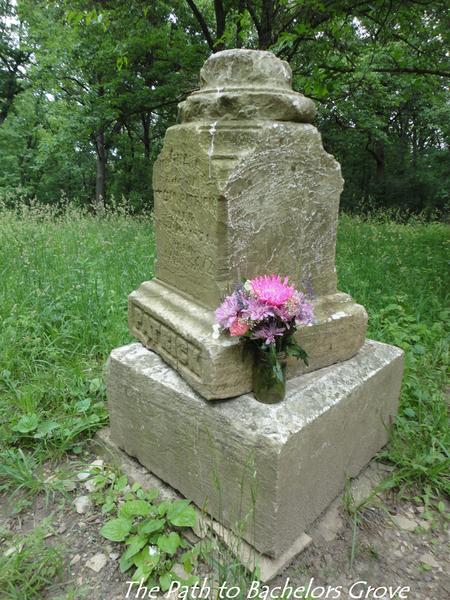 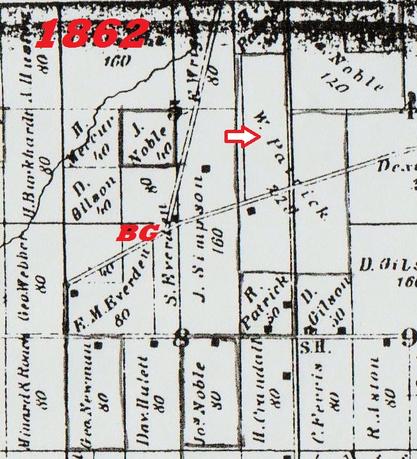 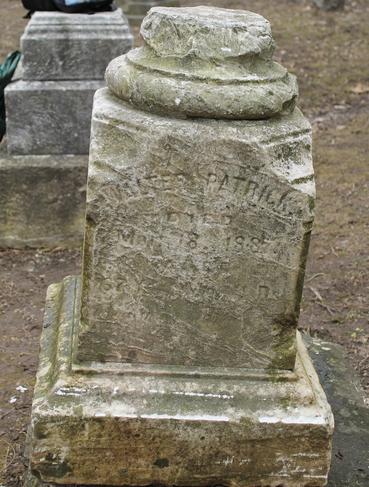 Walter moves west with his Parents to settle in Bachelors Grove settlement in 1846.

Below: from Ferdinand Shapper's 1917 manuscript Southern Cook County and  History of Blue Island Before the Civil War. 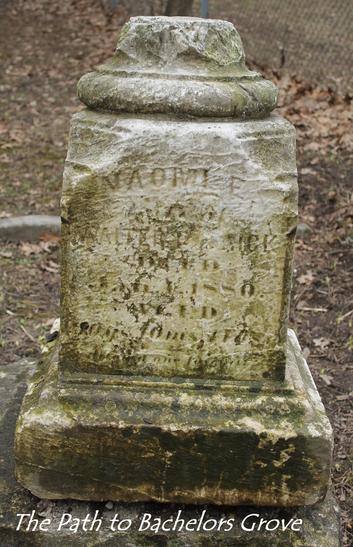 Walter Patrick was one of the early settlers in Bachelors Grove Settlement . He arrived with his parents Alexander and Ann Patrick in New York from Scotland at 8 years old in 1828. They all moved further west to Bachelors Grove in 1846.

William became a prominent and wealthy farmer in the area. He owned a very large farm along what is now Central avenue,  just a few blocks from Bachelors Grove Cemetery (as seen on the 1862 map below). Walter was married three times and had a total of eleven children. Two wives, two daughters, his mother and an infant grand daughter are known to be buried in this lot with William.